The Naughty List by Thomas Conway a different Santa Story 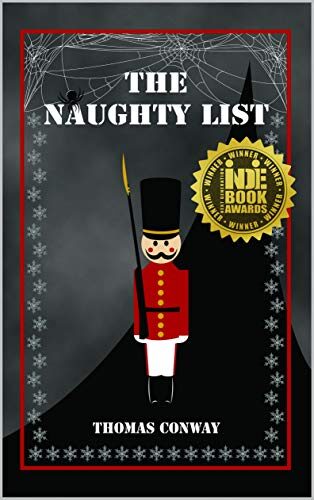 The Naughty List is an exceptional book about Santa. Very different and fun. 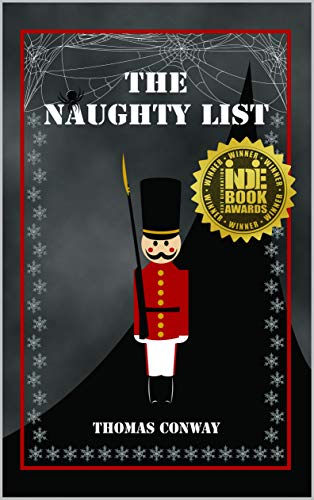 So Santa is missing who do you call to find him? Well the kids on the Naughty list of course! These kids each have a specific set of skills that will be needed for this very important search and rescue.

If you have a thing for many Christmas stories of the past you will love the Naughty List. Author Thomas Conway has put years of research into this book. It really is great fun to see some of the subtle references of past TV shows and stories’

Have you ever wondered about what ever happened to the little elf that wanted to be a Dentist? You remember, the elf from Rudolf The Red Nose Reindeer Christmas show. Well for the answer to that and many other mysteries that have been haunting you all your life GET THIS BOOK

My research  for The Naughty List was not typical.  Since I was covering Christmas and my book uses the television special Rudolph the Red-Nosed Reindeer as its foundation, I started my research in 2014 by watching Christmas shows, movies, and listening to music.  I soon moved to other books.  As a fan of non-fiction history, I read about 25 books on the origins of Christmas and half of those were of earlier mid-winter celebrations.  They covered such holidays as Babylonian Zagmuk, Roman Saturnalia, the Yule holiday, and various other celebrations around the globe.  I then moved to winter technology.  The idea of a Pykrete boat came from a World War II program to build an aircraft carrier out of ice.  The essence of a snowman came from reading about possibilities of cosmic dust related to the interstellar search for life.  Even Santa‘s ride found a reason in the idea of multi dimensional physics, although the concept was above my ability to understand.
All in all, I would say I fully read about 50 books and touched on a few hundred others.  I looked around the world at different Christmas traditions.  I was fascinated by the Japanese tradition of eating Kentucky Fried Chicken that arose in their post-war love of American pop culture.  The research was a lot of fun as the pop culture part was done in season.  It was a unique year to fully dive into the Christmas season for 60 hours a week.
I also first came up with the idea for The Naughty List about 15 years ago.  Letting it boil in my head for almost a decade before working on it meant that whenever I saw something I would relate it to my concept.  For example, when watching Miracle on 34th Street, I was disappointed in how much they question Santa’s existence and made it a purpose to only lightly question it in my book.  The magic and names in my book all comes from different traditions:
I could go on, but those are the major topics.  Please understand that the entire concept was done before the research.  The research helped me name characters and to bring real-life technology and traditions to my unfiltered vision.  When something like a Mongolian tradition is mentioned, I researched the geography, political climate, history, and modern life to make sure it matches the people.
Regards,
Tom