It Is what It Is…Our Thought’s

I’ve noticed lately that when I sit down on the ground to play with Alyssa I GRUNT! like an old man. That is not cool. That’s not me .I didn’t use to do that. What happened I ask myself (I also talk to myself) . Can it be I’m getting old. Well let me tell you, if that’s true all I can say about that is. Getting old sucks! People like to say it all relative. It’s all in the mind. That is of course until the mind goes. Or the knees or the ankles. Ok so I don’t think my mind has left me yet.(at least I hope not) But then again there’s that knee and ankle thing .

A few years back I decided I’d try something I always wanted to do. Granted I think I waited a few too many years to give it a shot.

Triathalon! Yep I’m in pretty good shape I said to myself. Yeah still talkin’ to myself. By the way when people ask me why do you talk to yourself I just tell them I’m the only one that understands me. Ok so back to my Triathlon. It’s not really a true Triathlon.A real Tri is for crazy people. Since my mind has not left me yet I went for what they call a Sprint Triathlon.According to Wikipedia    there are basically 5 distances of triathlons, of course the Sprint being the easiest a 1/2 mile swim usually open water (lakes or ocean) a 12 mile bike ride and ending with a 5k run (3.1 Miles) . The Olympic course starts with a 1.5k swim then a bike of 25 miles and ends with a 10k or 6,2 mile run. for the super man athlete we have the Ironman Triathlon this thing is simply Nuts!!! You think Marathon runners are tough! The Ironman starts with a 2.4 mile swim next 112 miles on a BIKE yes 112 miles and it ends with a full Marathon that’s 26.2 miles. That is back to back to back no breaks.

So when I originally said triathlon I meant the sprint. So Mid March I decide to get myself in shape. The way I figured it the swim and bike is no problem. I’ve always been a good swimmer and being a member of the YMCA for the past 25-30 years I had the pool. I also always rode a bike and was used to 20-25 mile rides.Even back when I was a kid I’d ride my metallic Green Schwinn Varsity 10 speed for miles at a time. The big problem was the running  with Plantar Fasciitis . So for two months I basically Swim and Bike.I’d Swim about a mile one day bike about ten to 15 miles the next then skip a day. The plan was to get into running shape as late as possible because My foot was still getting over that Plantar Fasciitis. The race was the end of June so I figured I had plenty of time.The one thing I made sure of was to get a good pair of running Shoes.At the time I tried to research different shoes because I really was worried about that foot of mine. There is actually a very cool site called “The outdoor sports gear reviews website” It tells you whatever you’d wish to know about the different types of shoes out there. A few weeks before I also had to get a wet suit because we’d be in Lake Ontario in early spring and the water  temp is quite cool. Also if wet suit are allowed I highly suggest it because they also help keep you buoyant.

Well the big day came and wouldn’t you know it. It was a very windy day with the wind out of the North. The folks running the race decided the water was too rough so they canceled the swim leg and replaced it with a two mile run! My whole idea of doing this thing and why I felt I could do it was because I was a strong swimmer. I figured at least in my age group I’d be one of the first out of the water, Hop on the bike and go. I knew that I’d have to suffer through the run at the end because my foot still was not healed. So what happens, I have to start with the two mile run which really isn’t so bad but forget the heel Something in my knee pops and I 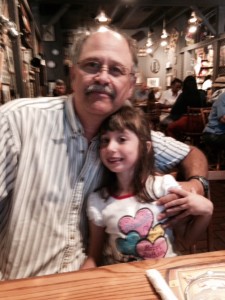 So ends my Try of the TRI  and I have not tried running since But I’m still swimming and Biking those 20 mile rides.But I’m still grunting when I get down on the ground and getting back up a little slower than I used to. Yep gettin’ old sucks/BUT I have a beautiful little Grand daughter so I guess it’s all worth it.