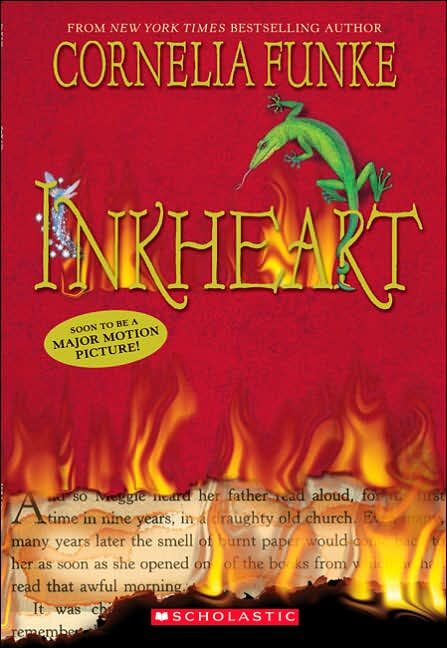 My Name is Zoë

There are tons of children’s books out there and as a child, I loved probably 99 percent of them. But there aren’t that many children’s books that I could still read now and really enjoy. In this list I compiled my top 5 favorites that I still think are epic.

It could just be me but I also love re-reading Christmas books for kids almost every year, so that’s also something I would recommend.

Maybe you can find something new in here or just remember some books you read when you where younger.

These books aren’t sorted in any way so number one isn’t necessarily my favorite. I gave all of these books five out of five stars.

1. The Spiderwick Chronicles by Holly Black and Tony DiTerlizzi

This is my maybe favorite series from my childhood. When my teacher in second grade read it to the class, I was kind of terrified but also fascinated. So I asked my mom if she could buy the series for me and read them in a few days to already know what happened before my teacher would continue.

It’s about three siblings – Mallory, Jared and Simon – who move into their Aunt’s old house and quickly realize that something magical is going on. They find and encounter lot’s of weird things, including a secret room, lots of nasty pranks that get blamed on Jared and a mysterious book called “Arthur Spiderwick’s Field Guide to the Fantastical World Around You”. Soon they find out that this book is the key to everything – and that it could cause them lots of trouble if they keep it.

There are five books in this series and I only recently found out that there’s a spin-off series as well, which I’ll pick up soon as well.

2. The Witches by Roald Dahl

Roald Dahl’s books are very well known and I’m sure lot’s of you have heard of them already. I really like Charlie and the Chocolate Factory by Roald Dahl as well but this is my favorite book of his.

After the parents of the main character, who is a seven year old boy (I only realized while writing this that his name is never revealed) he goes on living with his grandmother. She tells him all about witches – evil creatures who disguise themselves to look like normal woman and who’s main goal is eradicating every child on earth. The boy believes her and even sees a witch one day but when he and his grandma go to a hotel on vacation the one witch was the least of his problems.

This book is creepy and definitely sad and somewhat depressing at times but it is beautifully written and it made me smile a lot as well.

3. The Lion, The Witch and the Wardrobe (The Chronicles of Narnia) by C. S. Lewis

This is another book that I guess could or is considered a classic and I think everyone should have read it at least once. I listened to most of the books in this series with audiobooks and that was really great. This book is absolutely magical and I couldn’t get enough of the world.

Lucy, Susan, Edmund and Peter discover a magical world at the back of a wardrobe. Lucy is the first to discover it and at first no one believes her but soon they all see this world, which is called Narnia, by themselves. Once there they Aslan, the Great Lion and find amazing friends. But they also have to save Narnia from evil and go on adventures that will change them forever.

The awesomeness of this book can hardly be described but just give it a try, I promise you won’t regret it. 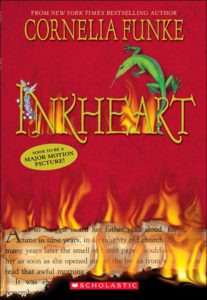 I own many books by Cornelia Funke and I think all of her books are amazing, this is just the one I decided to pick for this list.

The most amazing thing about this book is that it’s all about books!

The main character Meggie loves reading and has a box of books she takes with her everywhere she and her father happen to be. Her father is a bookbinder and has the special ability to read characters out of books but this doesn’t come without a price. Every time he reads someone out of a book, someone from the real world gets sucked into the story. That’s how Meggie’s mother disappeared many years ago. Now the villain of this exact book, Inkheart, comes back and captures her father.

Inkheart is the first book in a trilogy and I loved every page of it. I really wished I could be part of the story or at least have the same abilities Meggie’s father has in this book.

Dark Lord is a hilarious book! It’s so unique in my opinion and just great. The characters in Dark Lord are really cool and the narrative was really funny.

The Dark Lord is a evil and very powerful villain in a different world but when he is defeated he gets banished to earth and is now a thirteen year old boy. To make matters even worse no one believes him who he is, he is called Dirk Lloyd and considered crazy. Also he has to attend school. Even though he believes humans are lesser creatures he manages to make friends while trying to return to his kingdom.

The story is told from Dark Lord’s / Dirk Lloyd’s narrative which makes it so hilarious. He tries to get people to listen to his orders, thinks he’s going to die in cars, treats everyone as servants and threatens them if they don’t take him seriously, which happens quite a lot.

My Name is Zoë

I’m currently a fifteen year old student in a school in Germany. Since I love reading and do it

practically all the time I decided to create a book blog where I talk about all the books I have read and everything bookish on my mind. Hopefully it’ll stop me from rambling about books to people who just don’t care about what I’m saying (hello little sister, I’m talking to you) and help me find people who are as passionate about books as I am.Come visit my Blog