“The Queen of Xana” by Fred Pilcher 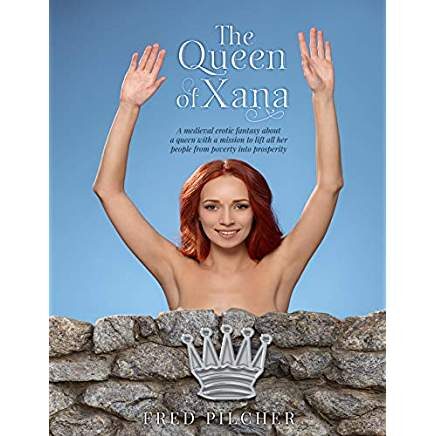 Princess Agatha begins her journey as the child of aristocracy, with all the benefits of her royal birth.
She grows strong moral principles after a straight forward introduction to life outside the palace and 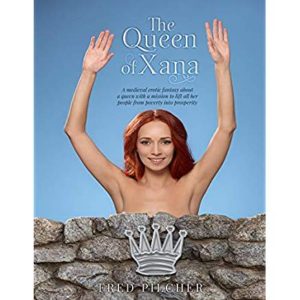 her first hard lesson. Upset and shocked by the lack of resources and opportunity for her subjects, a
teenage Agatha vows to change the status quo.
Much to her displeasure, her principles are opposed not only her mother Queen Julia, but by the
entire court. What ís a young (revolutionary) royal to do? With a fairy godmother, a dash of magical
happenings and a prophecy thrown in for good measure, this book may seem like a fairy tale, but
it ís really a straight forward question for the reader. What if we all built a society where all persons
were considered, fed, educated, nurtured and valued?
That question was more compelling than the fairy tale itself. The Queen of Xana is a book with a
grand idea, and an inconsistent execution. The premise of it is simple, imagine a better society.
Now, imagine that society existed sometime in our past, and be inspired by it. The author, Fred
Pilcher, takes the myth building approach with the fictional land of Xana.
A narrator (the Traveler) sets conflicting historical accounts before the reader, acting as a civilian
anthropologist of sorts, one enthusiastic about bringing the history of Xana to the wider world. A
world much like ours, where stories are blending into each other with a loss of individual myths
and histories. The strengths of the book lie in the wide scale of the world and description of Xana.
Most compellingly, Pilcher is at his best describing the humanity of Xana ís poorest citizens, and
the realized potential of the country’s children. It is a rarity, and sincere joy, to read a book where
children are not just plot devices for hopes of the future. Instead they are the realized potential of
a nationís capability.
The biggest challenge for the reader is the intermittent lack of continuity. Chapters moved back and
forth through time, sometimes with the Traveler’s narration, and other times within the story itself. The
narrator is smitten with Queen Agatha, and his interjections within an arc of the story sometimes take
away from building the vision of Xana ís past. Queen Agatha is a ruler with a vision, one where equality
and prosperity are not enemies, but bedfellows. She travels as a Queen, across the length and breadth
of her country and the well being of her people is ever on her mind. Despite the inconsistent pacing of
the narrative, the characters shine through, humans who fail and succeed, and prosper under their
beloved Queen Agatha.
Although the book is fiction, it stirs philosophical questions about who makes up the masses, and
who rules. It is an enjoyable read for the speculative dreamer. I rate this book 3 out of 4 stars.

Find the The Queen of Xana on Amazon

Apart from the real world of hard evidence, Fred Pilcher reads science fiction and fantasy. His favorite childhood movie was the Walt Disney 1950 cartoon, Cinderella, and he greatly admires women who are both strong and compassionate. Fred brings together all of these ingredients in this story of a princess who becomes a wise and inspired queen with a personal mission to achieve productivity, prosperity, and happiness for all of her people. Fred says, “In describing her means to achieve her glorious dream, I have, through a series of adventures, presented numerous viewpoints of political, moral, and educational philosophy with which readers may agree or disagree. If these viewpoints stimulate vigorous discussion and argumentation, pro and con analysis, and the like, then this book will have achieved a useful place in the world of literature.”