The Passage at Moose Beach

The Passage at Moose Beach

In The Passage at Moose Beach Alicia encounters unusual, unexpected friends plus terrifying enemies on a magical journey in nature. She finds compassion and friendship while discovering her way home. 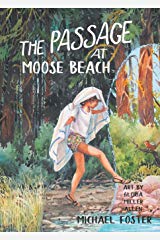 “Imagination and dreams is what this story is all about.”  Michael Foster has written a middle Grade novel entitled ‘The Passage at Moose Beach’ and was illustrated by Gloria Miller Allen.  This is a story about a girl named Alicia who while on a short vacation trip with her family has her own adventure.  Alicia makes several real friends in finding out where she is at and making herself pay attention to her surroundings along with her new friends and building trust on the Wildside.  This is a story of making connections between humans and animals and how we can learn and help each other.  On page 155 Michael shows how a very, very large tree may sound with the way he wrote the words on the page.
The cover art to The Passage at Moose Beach drawn by Gloria Miller Allen made me think of ‘A Wrinkle in Time‘ in many ways.  The illustrations throughout the book are all drawn as black and while sketches and so detailed that the reader does not need color to understand what is happening in the picture and the story.  My favorite picture was the last one in the book on the last page with the deer and the squirrel looks back as Alicia leaves.  The author wrote this book for charity and how fire prevention helps society and through the ‘Wildlife Firefighter Foundation’ helps.

Michael Foster works full time for a major tech company, and right now writing is a new hobby. He is an avid video gamer and always a people person with a wide network of friends in multiple countries. He loves to host backyard barbecues whenever possible. 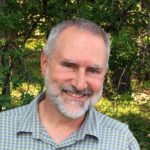 As a child, Michael’s family spent long summers at the family cabin in Idaho, built by his maternal great-grandfather in the late 1920’s. Michael, his brother, and two sisters would endlessly explore the vast Boise National Forest around the cabin and lake. He calls himself a “free-range child” saying that his parents seldom knew where he was as his inquisitive nature kept him out and about, always exploring.

Michael has enjoyed watching his adult daughter grow into the same nature loving adventurous person he was and draws writing inspiration from both his own experiences at the lake and watching his wife and daughter experience the woods in their own way.