The Journey of a First Time Novelist 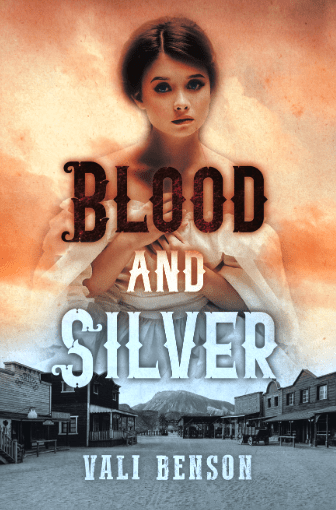 My name is Vali Benson and I am a writer.

More importantly, I always felt that I was a writer. Writing is such a personal thing and nobody does it the same. I can tell you about my journey as a writer and what it means to me.

How does a writer write a book? The question seems silly, yet it is one that I am asked often.

Writing is simple. Get an idea and put pen to paper. What I am not able to answer is how I get the ideas. Some people are really creative, some are not and most of us reside somewhere in the middle. My friends and family have always considered me a little eccentric or maybe a bit of an oddball. I call it creative.

When I was in third grade we were told to write a made-up story about a third grader. Most kids wrote a little paragraph about their best friend or something of the like. I wrote three pages, an actual story with a beginning, a plot, and a conclusion. My teacher loved it so much she entered it in a contest and I won. Some kids made fun of me, but I was secretly thrilled. It seemed as though I had found something that I could do well.

Throughout middle school and high school, I continued to receive accolades from my English and creative writing teachers (not so much with chemistry and calculus!). Even with some questionable grades I managed to get into a prestigious university. However, my major was a problem. Growing up in the 70’s with Depression era parents, girls were expected to have a career of some sort. To my parents, that meant getting a teaching degree. I didn’t know exactly what I wanted to do but what I did not want to do was teach like my mom and my sister.

When I told my dad I thought I’d major in creative writing or journalism, he had a good laugh. He told me a degree in writing and twenty-five cents would get me a cup of coffee. Thanks Dad.

Slogging through, changing my major every semester or so until I finally escaped with a degree in Liberal Arts. I had a degree that I wasn’t excited about and one that I knew I wouldn’t take advantage of. I also knew I was not classically trained as a writer but darn it, the passion to write was still there.

and time does have a tendency to slip away. For years I was much too busy with children, careers, and all of the glorious complications that coincide with establishing an adult existence. I was too concerned with trying to get through the day, forget thinking about writing.

Ten years ago, I sold my business and “retired”. My passion for writing hadn’t gone anywhere and since I finally had some time on my hands, I began to write. There was an idea that I nurtured for years and I finally sat down at my computer and brought it to life. I knew I could write but I was about to find out how little I knew about how the writing process really worked.

I had chosen to write a tale of historical fiction. My story would take place in Tombstone, AZ, a location with which I thought I was familiar. I live only forty-five miles away and had visited the tiny town several times. It is a dusty little tourist trap and I just couldn’t understand how or why Tombstone, AZ became so famous?

Any writer Writing a Novel of historical fiction is obligated to do copious amounts of research. They should feel obligated anyway. Research will be the heart of your story; the building blocks of your narrative. In the course of my research, my story emerged.

My novel, “Blood and Silver”,

tells the tale of a young girl who finds herself in trouble and alone in 1880 in Tombstone. My heroine uses her wits and charm to carve out a new life for herself and her sick mother. I had a premise but was immediately confronted with a classic problem of the historical fiction author; my inspiration had little to do with my subject. The little town that I was familiar with had about 1,300 residents. The town that I was writing about, Tombstone, AZ in 1880, had a bustling population of 15,000 with over one hundred saloons and every sort of vice imaginable. The locations were the same but the places were very different. This was when I fully understood that writing was the easy part of the “process”.

Putting compelling sentences together was not my problem. The difficulty arose when I needed to create a vibrant world for my characters that was not only interesting but also historically accurate. This began my off-and-on ten year process to complete my book. This is when I made the transition from a creative person who writes to a writer. I drowned myself in research and when I felt I had enough of a foundation to build my historically fictitious setting, I applied my plot and inserted my characters. Because I had taken the time to insure that every aspect of my world would be historically accurate, the attitudes, modes, and tones of my characters occurred organically. I simply placed my fictional characters into actual settings and let them take me where they wanted to go.

“Blood and Silver” is my debut novel. It was published April 3, 2020. Nobody was more surprised than I was. I was even more surprised to receive such wonderful reviews. To be honest, the fact that I can call myself a published author still has not set in yet. It certainly didn’t happen overnight but through it all, I never lost sight of the fact that I felt I was a writer.I am First Time Novelist.

What is a twelve year old girl to do when she finds herself in the silver boom town of Tombstone, Arizona, in 1880, and her only home is a brothel and her only parent is a drug-addicted mother? If she is Carissa Beaumont, she outsmarts the evil madam and figures a way out.

After tricking the madam, Miss Lucille, into summoning a doctor for her mother, Lisette, she discovers that Miss Lucille has been drugging her. She and the kind doctor make a plan to try to save Lisette by dosing her down on the drug.

Doctor Henderson tells Carissa that the only source for the drug is a Chinese immigrant named China Mary, who lives in Hoptown, at the other end of Tombstone. Carissa has no choice but to go to the powerful woman for help. Many say that China Mary is the one who really controls Tombstone.

China Mary admires Carissa’s brave spirit, and uses her influence to get her a job at the new Grand Hotel, which will free Carissa from her many duties at Miss Lucille’s. She will work along with Mary’s twelve year old niece, Mai-Lin. The two girls become fast friends.

Then, disaster strikes, and the two girls must work together to stay alive.

With a host of colorful characters and meticulous attention to period detail, Blood and Silver is a story of the best and worst of human nature, the passion for survival and the beauty of true friendship.

Vali grew up in the Midwest. She now lives in Tucson with her husband, two sons and grandchildren.

After graduating from the University of Illinois, Vali started and sold two successful businesses before she decided to pursue her real passion of writing. She published several articles in a variety of periodicals, including History Magazine before she decided to try her hand at fiction.

In April of 2020, Vali published her first novel, “Blood and Silver”.http://valibenson.com/  Facebook

Are You Struggling With Burnout?