The Adventures of Captian No Beard ; A children’s adventure series by Carol P. Roman 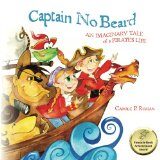 What is it about Pirate’s that captures the imagination of children.

Swap the Decks,pump the Bilges,climb the Mast and Shiver Me Timber’s !

– Whatever it is author Carol P. Roman has created something in the Captain No Beard Stories that does indeed capture the imagination of young children. In a continuing series of adventures we can follow young Captain No Beard ( a little boy named Alexander) and his trusty First Mate Hallie (cousin)and the rest of the crew Mongo the monkey,Linus the lion ,Fribit the Frog and of course Polly Parrot or is it Pepper ? (because no self respecting pirate goes to sea without his parrot) through story after story of high sea’s adventure.From beautiful mermaids bearing treasure (Chocolate chip cookies)to encountering strangers on the high sea’s. 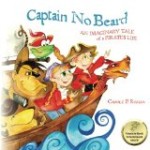 The four books we read Captain No Beard an Imaginary Tale of a Pirates Adventure,Strangers on the High Sea’s,The Treasure of Snake Island and Pepper Parrot’s Problem with Patience all have a great learning lesson in each of them. My favorite is them discovering a Treasure on Snake Island ( a box of books) Also Strangers on the High sea’s eludes to being careful around strangers. Things like this is great because the kids are learning these things without even realizing it because the stories are all so enjoyable.In Captain No Beards words ” Being a Captain could is hard work” could be a subtle way the author is telling the kids being a leader is a big responsibility.

These books are loaded with colorful and engaging illustrations on each and every page which only adds to the enjoyment of the stories. My Granddaughter Alyssa loved all the books.She liked the Idea of “Pretend” pirates when she discovered the Ship “The Flying Dragon” was actually Alexander’s Bed in his Bedroom and The animals on his crew were Stuffed Animals.It seems Alexander can bring his stuffed animals to life just like she does.

Captain No Beard @ Barnes and Noble 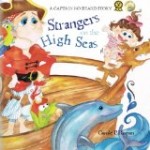 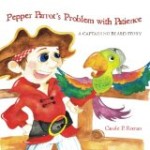 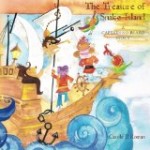 For more about award winning author Carol P. Roman and her other books head to Her website