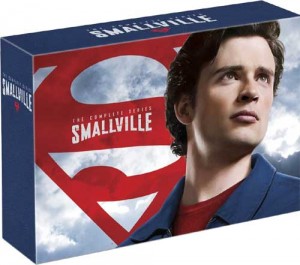 The perpetual rivalry between Clark Kent and Lex Luthor is one of the most iconic in entertainment history. Originally depicted in Marvel comics, their tension was a central theme in the Christoper Reeve-led Superman films of the 1970s and 1980s.

Since 2001, the rivalry has been played out in the hit WB drama Smallville. The show goes back in time to showcase the early development of the feud between the evolving superhero and his one time friend who is unable to escape his destiny as a self-destructive, evil thinker and doer.

In season six in an episode titled “Zod”, the rivalry between Clark and Lex took on a new form when General Zod, famous for his role in the Superman II movie, takes over Lex’s body and kidnaps Lana Lang. General Zod and Lex’s body do what they do best and play off the genuine human emotion that is Clark’s major weakness against evil villains.

Fortunately, in TV, just like in film, the superhero usually wins out. Despite major obstacles and tough choices, Clark usually manages to overcome Lex’s deceptive and ruthless deeds to save the day.

Relive the epic battles and the iconic rivalries with the Smallville: The Complete Series DVD!  Includes 62 discs, never before seen production art and behind the scenes photos from the set!

“I have been hired by Warner Bros WBWord division to raise awareness for the Smallville DVD release.