Clash of the Titans Blu-ray Review 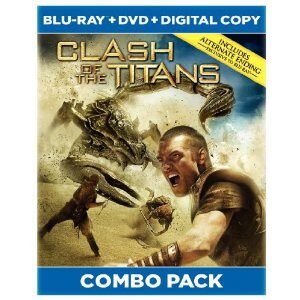 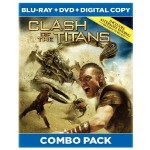 Available July 27th on Blu-ray Combo Pack, DVD, On Demand and Download from Warner Home Video, Clash of the Titans is a reimagination of the classic mythical story about gods, empires, and one man’s destiny, from Director Louis Leterrier.

Persus (Sam Worthington) is the hero in this story.  Born a god and raised by a man, Perseus is a demi-god, a fact unbeknownst to him until his destiny requires fulfillment.  When Hades (Ralph Fiennes), the vengeful god of the underworld, seeks to extract revenge against his ouster and brother, Zeus (Liam Neeson), Perseus is the only one who can protect the human race from annihilation.

Perseus and his soldiers must battle fearsome beasts, unholy demonds, and the wrath of an evil god in order to preserve Argos and to fulfill Perseus’ destiny.

With fantastic and intense visuals, Clash of the Titans is an epic action film with more action and visual brilliance than plot depth.  The storyline remains fairly consistent with the 1981 original movie.  The creatures are visual stunning in Blu-ray hi-def and the fight sequences are especially sophisticated.  The eerie Medusa sequence is even more disturbing than in the original.

Liam Neeson seems a bit out of place as the god of gods, especially as his character makes routine visits to share his thoughts with humans throughout the film.  He also seems confused at times as he easily succumbs to brother Hades request for vengeance against humans, and just as quickly demonstrates empathy for his human creations.

The PG-13 Rating for Clash of the Titans is mostly due to the sometimes graphic nature of the action scenes, though there are only a few moments of blood and gore.  However, discerning parents will certainly want to keep this to older teens.