Bill Gates Says That These 6 Books Will Make You Smarter 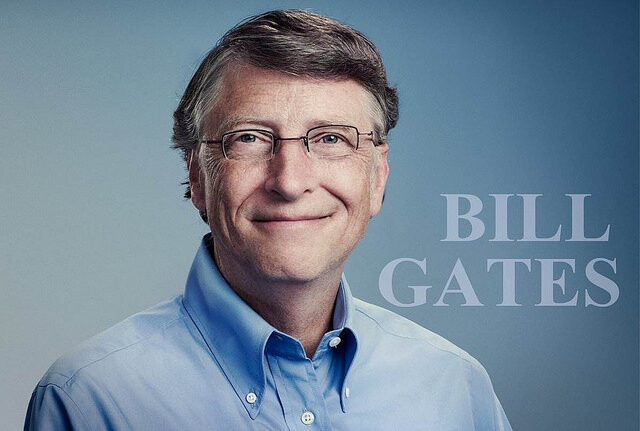 like so many other tech geniuses, makes a habit of reading, He loves the thrill of learning and finding out new things about the world. Ever since childhood, Gates says that he’s read about 50 books a year, giving him a kind of meta-intelligence that allows him to approach complex problems in the world from multiple angles. His unique perspectives have allowed him to amass more than $70 billion in total wealth, the most of any human being in history.

With the rise of free Kindle books and cheap digital technologies (some of which were developed thanks to Bill Gates himself), it’s never been easier to pick up a book and start reading. So what does Gates suggest?

What If? Serious Scientific Answers To Absurd Hypothetical Questions

This book, written by Randall Munroe, explores interesting scientific questions that people have always yearned for answers to. For instance, from what height would you have to drop a steak to give it long enough to cook 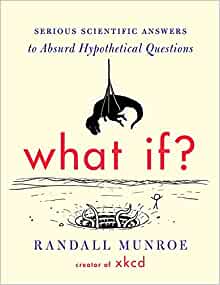 before it hit the ground? Other questions include things like what would the periodic table look like if it was made out of cubes of each of the elements it describes.

Part of the book is bonkers, part of it is quite sensible. It’s designed to bring the imagination of the reader together with the discipline and rigour demanded by the scientific method. The entire book is impeccably well researched, and keen readers are invited to explore the links provided to find out more about various topics.

Gates said that he learnt a lot about DNA, ballistic missiles and the atmosphere from his first read through.

Where Good Ideas Come From: The Natural History Of Innovation

Silicon Valley and Bill Gates have been steeped in the world of innovation and disruption for the last fifty years. It’s hard to think of a significant new technology that didn’t emerge from their testing and experimentation.

Gates is naturally curious about where all this innovation came from. He wants to understand it, shape it and eventually master it for the betterment of mankind. In his book, author Steve Johnson sets out what he thinks leads to innovation. He argues that it’s all about creating environments that foster rapid innovation and encourage good ideas. A recent example of this might be Google, a company that has lost more than $3.6 billion in the last year pursuing projects that it calls “moonshots.”

The book goes into detail about how to create institutional structures that get the most out of employees and facilitate innovation. There are also sections on how eureka moments came about, allowing the reader to think about how to generate their own for their own companies and positions.

Bill Gates is clearly a big fan of Randall Munroe since this is the second book by him in Gates’ list. Munroe has an uncanny ability to communicate complex concepts in simple words, without the use of jargon or terms used in the industry.

Gates, who has limited time, thanks to his hectic schedule, doesn’t want to go into depth on every subject he is interested in. Instead, he wants to be able to grasp the basics in plain English and move on.

Randall takes things to the extreme, using only the most common 1,000 words in the English language to describe everything from the US Constitution to smartphones. A nuclear reactor he describes as a “heavy metal power building.”

For curious minds, it’s a great place to start for learning about how the world works

Mindset: The New Psychology Of Success

You might think that Gates knows enough about how to be successful without the help of academic psychologists, like Carol Dweck. But you’d be wrong. Since founding the Bill and Melinda Gates Foundation, a charitable organisation trying to improve the lives of people living in developing countries, he’s struggled to understand the attitudes and habits of the people working for him. Gates has said that Mindset: The New Psychology of Success has helped him to figure out why it is that some people persevere and achieve great things, while others stagnate.

The book, he says, have proven to be critical to the success of his organisation. It has taught him that attitudes aren’t fixed by genetics and that they can be changed with the right approaches and environments. Needless to say, this is an essential book for anybody who manages a large group of people.

For The Love Of Physics

After reading For The Love Of Physics, Gates realised that you can understand a heck of a lot in the natural world with only the most basic training in the subject. There’s usually no need to go into depth in quantum mechanics and other super technical aspects of academic physics – the most helpful lessons are those that involve gravity and electromagnetism.

Gates says that an understanding of both of these fundamental forces is pretty much all you need to understand how something as complicated as a GPS or a DVD player actually works.

The book is written by Walter Lewin, a professor at MIT who is famous for his approach to teaching in lectures. He prefers to teach by demonstration, rather than writing on the chalkboard.

You might think that after earning tens of billions of dollar, there isn’t much left to learn for either Warren Buffett or Bill Gates on how to make money. But both say that John Brooks’ book, Business Adventures, is a must-read for people looking to make money.

Gates has repeatedly said that it is the best business book that he has ever read, despite the fact that it was first published more than half a century ago, back in the 1960s. Even though the microprocessor industry was in its earliest stages in the 1960s, many of the principles outlined in the book are as true today as they were back then. Buffett has also said that it is his favourite business book. It must be good.

A Moral Dilemma – by Zara Kingsley ; A Book Review—

Am I A UNICORN

Top 10 kids movies based on books