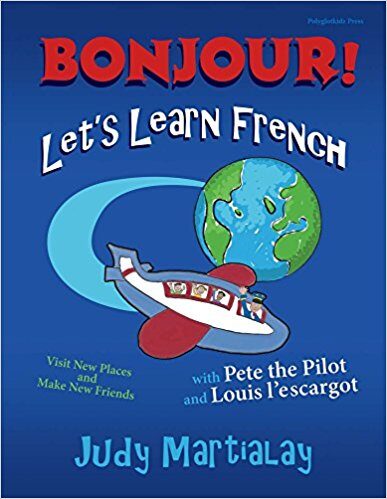 Here is something different. Have you ever thought about your child learning a foreign language? If so I have a nice book here for you. Judy Martialay makes learning a new language fun with an easy to read story. Travel to France with Pete the Pilot while learning an assortment of french words. What’s cool is it’s not just new words but little tidbits about the country of France and how they live and a little history. The book is also very nicely filled with colorful Illustrations by the author herself to bring the book to life. I like the little skit written into the book to let the kids practice what they learned. Then there is http://www.polyglotkidz.com/ to visit for the audio. This is great resource not only for the French book but Judy’s other book ¡HOLA! Let’s Learn Spanish

Judy’s books can be found HERE

A LANGUAGE FOR YOUR CHILD

U.S. parents increasingly want their children to begin learning a world (aka: foreign) language at an early age. Three presidents, including the incumbent, have been recently heard bragging about their grandchildren’s ability to speak another language. Last year, residents of California overwhelmingly voted to reverse the English-only restrictions so as to permit bilingual classes both for English-speaking children and for English language learners.

The global marketplace, global network and recent research all stress the value of knowing a second language.

These are some of the benefits that our children or we receive by learning another language.

The first huge benefit is the ability to form relationships with a wider variety of people. It is a rewarding feeling 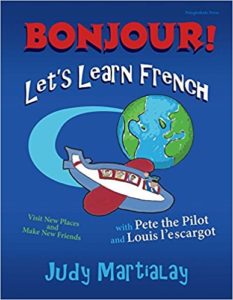 to see and feel the empathy and appreciation of others when we make the effort to speak their language.

We in the U.S. underestimate the power of speaking the language of the other. Doors open. Also, by meeting people of diverse cultures, we are exposed to different points of view.

Studying and using another language puts our brains through a work-out which gives us many benefits: improved memory, greater concentration, better listening skills, more ability to multitask, and improved problem-solving skills. 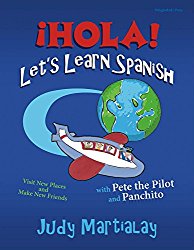 The perspective that knowing another language gives us helps us to better understand the structure of all languages, including our own. It becomes easier to learn a second foreign language.

We gain a deeper appreciation for another culture.

Students of another language learn about the positive contributions of the countries whose language they are studying. This increases our tolerance for diversity. We also gain a better appreciation for our own culture.

We continue to be smarter!

Research has shown that older bilingual adults can stave off the onset of dementia by up to five years.

We can learn a language at any age. Children have the advantage of time. It takes years to master the complexities of a language so that we can make it a marketable skill. Also, children can acquire native pronunciation up to early adolescence.

It makes sense for our children to start learning a language at the earliest age possible. The best solution is for you to join in: learn (or review) another language with your child!