You Lost Me There Book Review 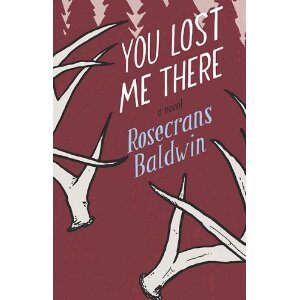 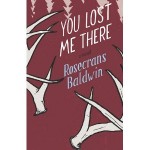 This is a book about memory (and its individuation), but it begins, in the prologue, with secrets. When they are getting to know each other, husband and wife Victor and Sarah tell each other their deepest secrets – he, that he had killed someone – that is, a friend of his killed himself and Victor felt he should have stopped him – and she, that she may have punched her mother in the stomach (at which they both laugh, given her mother’s obnoxiousness). Dr. Victor Aaron, a distinguished Altzheimer’s research specialist, recalls this incident only through some note cards he discovered on which his now deceased wife Sarah wrote about turning points in their marriage, and he writes “Some theories said the most accurate memory was one that’s never recalled. The more the mind retells a story, the more that story hardens into a basic shape, where by remembering one detail we push four others below the surface, and construct the memory touch-by-touch.” But in reading Sarah’s account he remembers that everything she wrote was absolutely accurate, and of course, memory is very important once a loved one has died.

Victor goes on to quote Sherlock Holmes, “A man should keep his little brain attic stocked with all the furniture that he is likely to use, and the rest he can put away in the lumber room of his library, where he can get it if he wants it.” This novel made me

think about how we would ever really know the texture of another person’s thoughts, or even what they’re thinking, since many times in my life I’ve been shocked by the thoughts of others, upon their vocalization. Working through his grief, Victor begins to remember certain incidents involving Sarah, who was a performance artist and whose play made it to Broadway, not to mention getting known for a small film that she did that became a cult classic. But as he remembers he wonders why his mind brings him to certain events and not to others (while she has recalled, importantly, incidents he has not deemed important, in her writing), and I too have often wondered Why? about a memory that wasn’t particularly jubilant or traumatic, just there as a gift from the brain.

You Lost Me There is a first novel that is very full – characters have lots of details attached to them (e.g. about Victor’s new love, Regina, and his beloved Aunt Betsy, also a widow), making them very singular and making our reading experience energetic. He paints beautiful word-images for us to envision about these characters, his work, and the landscape in which he lives.

About his demanding work Victor writes, “Science was marriage: once the sizzle failed, there needed to be a long-standing love for the discipline to keep you going. Those who worked in academic research for ego fulfillment didn’t last.” As an intense aspect of Victor’s life, perhaps one to which he gave the majority of his hours, scientific research is compared to the opposite of Eureka (which I take to mean, “I have lost it,” or, better yet, “I haven’t found it!”).

Baldwin bounces back and forth from the triangle of his life (his girlfriend Regina and his Aunt Betsy, his memories of his wife, who died suddenly in a car accident, and his scientific research work) with aplomb, but he still seems trapped in the triangle. However, there are many ways in which to live, and who’s to say that this limited way isn’t valid? Spending so much time with his work seems worth it, to Victor, in the end, as “Those true moments of scientific pleasure, when you’e working on an experiment and, at two in the morning, blasting Dylan, you realize that you’ve hit on something, that the experiment’s a success, and it dawns on you that because no one has ever posed this question in quite the same way, you now know something that no one has known before – that’s when the blood’s pumping, and all the hours, all the sacrifices, assume a much larger value.”

You Lost Me There is highly believable, and also pleasurable to read, a keyhole peek into the life of “an expert at our mechanisms at retaining information.” Finally a book based less on plot advancement than on everyday emotions and observations! “You disarm my trust,” Sarah tells Victor, and as an author, Rosencrans Baldwin has disarmed ours, leaving us totally engaged.

You Lost Me There by Rosencrans Baldwin, on sale on August 12, 2010 by Riverhead Books (a division of Penguin Books), 304 pages.

The Secret Life of Mrs. London by Rebecca Rosenberg