All stories are mysteries. Will star-crossed lovers live happily ever after or not? Will the Empire survive or be conquered? Will the hero hit the game-winning home run in the bottom of the ninth or strikeout? All are unknown to the reader. The reader is induced to finish the book to find the answer.

I prefer to write murder mysteries. They can occur anywhere, committed by anyone, in any time in history. The selection of scenes, characters and plot are diverse. The characters can be cunning, stupid, disgusted, charming, confused, and down-right angry. The motives explore a wide range of human behavior and emotions. The possibilities for a compelling story are endless.

How does someone get started creating a masterpiece? Writing a novel is not that hard. Your first sentence has to be the best you’ve ever written. Every sentence after that has to be better.

The mystery writer starts with an idea, someone is killed for an unknown reason. Some authors like to work from an outline. I am what is known as a pantser, writing by the seat of their pants. I sit down and start writing.

A plot is the first step, keeping in mind there is no plot that hasn’t been already done. Plots can be update by new technologies, advanced weapons, and forensic improvements. It still boils down to the motive for murder. Possible motives fall into three categories, love, greed, and to cover up a crime.

Love can include jealousy, infidelity, or the woman scorned. The reason is still connected to a love relationship. An inheritance, a theft, a business takeover can all be classified as greed. Also, the opportunity to deprive someone of a treasure can be greed. Covering up a crime is simply a case of the victim knowing too much.

Plot is only a part of the story. An intriguing saga is built by the development of characters, setting, and action. Authors rely heavily on one of three to attract the readers.

In Dead Air: A Glenn Beckert Mystery, I focused on the characters. The story is set in Pittsburgh, almost 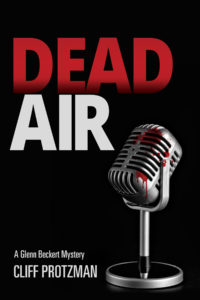 becoming a character itself. Creating suspense requires action scenes. Beck is compelled to confront increasingly physical challenges, placing himself outside his comfort zone.

The creation of characters can be the most daunting challenge facing a novice writer. They must be believable, not robotic. The main character must be someone the reader wants to succeed. The protagonist does not necessarily have to be likeable. He can even be disliked. The hero must have a personal flaw that complicates his search for justice. The writer has to resolve the flaw in a manner that allows the hero to solve the case.

Secondary characters need to be equally developed. They assist the investigator, on occasion providing the critical clue. In my novel, I use Irene, a tech wizard, to assist Beck and provide romantic tension. A former teammate and police Lieutenant becomes a competitive antagonist. These people provide an opportunity to tell back story to better illuminate the characters.

Walk-on individuals need proper attention as well. Although their appearance may be brief, I like to give them a full name and describe their appearance. This assists the reader to envision the scene, becoming a part of the action.

Characters can drive a novel. The original plot for Dead Air contained a victim, killer, and PI. I followed the lead of Beck and found out that the killer I envisioned was indeed innocent. It was a pleasure to follow these people and write the novel. 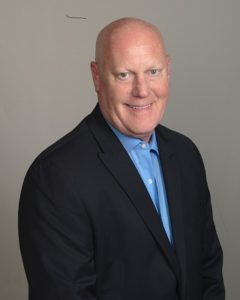 writing after a 30-year career in banking and finance. In addition to his novel, the first in a projected series, Protzman writes short stories and non-fiction. His essay “Three Words,” about his relationship with his father and a baseball hero, was published in the book Unfinished Chapters.  Protzman, a native of Pittsburgh, also has been published in the Pittsburgh Post-Gazette and in a number of blogs where he has written about his love for the Pittsburgh Pirates. Protzman is a member of the Mystery Writers of America and of Pennwriters. He and his wife have six children and five grandchildren.

The Finances of Your Offspring