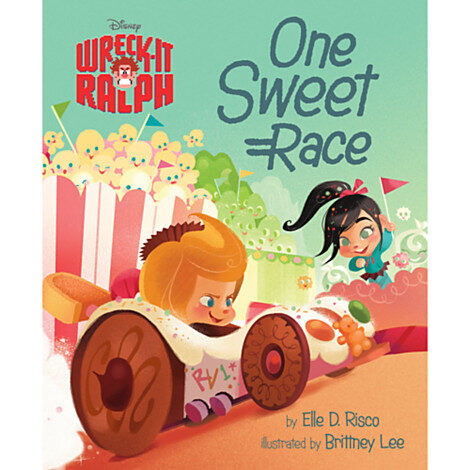 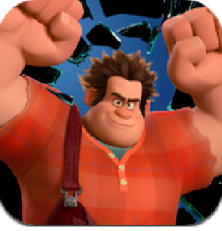 I have two boys who didn’t move an inch when they watched the DVD of Wreck it Ralph. Two weeks later and I can’t count how many times we have watched it. Disney added to the fun and created an app and books to go along with the movie. My boys are 3 and 9 and both are currently obsessed with the Wreck it Ralph Storybook Deluxe App.

DISCLOSURE: I wrote this post while participating in a sponsored campaign on behalf of Disney and received a promotional item to thank me for my time. All views and opinions with regards to the product or company are honest and my own. This article was not influenced or reviewed by the company prior to posting. I select reviews that are fun, educational and interesting to my family and hopefully to you. Thank you for reading and feel free to contact me anytime!  Amazon links included.

Wreck-It Ralph longs to be as beloved as his game’s perfect Good Guy, Fix-It Felix, Jr. But soon, Ralph wrecks everything and accidentally unleashes a swarm of deadly cy-bugs that threaten to overwhelm every game in the arcade. Ralph’s only hope? Vanellope von Schweetz, a young trouble making “glitch” from a candy-coated, kart-racing game called Sugar Rush. But will he realize he is good enough to become a true hero before it’s “Game Over” for the entire arcade?

*** Please note this App is not compatible with i Phone 3GS or 3rd generation iPod touch.

· Retelling of the film with read-along text and full narration!

· Interactive racing game lets you create, decorate and then race your own kart against other racers in the film!

· Hear quotes from the movie as you find and interact with your favorite characters!

My nine year old’s favorite part of the app is the Interactive racing game.   It lets you create, decorate and then race your own kart against other racers in the film.   My three year old likes the read along book and the clips of the movie.   The app has many features which makes it worth the price for me, because even after a few weeks, the boys still choose the Wreck it Ralph app to play every time.  It has Fantastic animation and sounds that you always get from Disney.  Apps are available for the  ipad, iphone, Nook and more 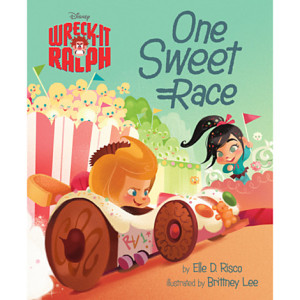 Sometimes it is difficult to get boys excited about reading.  One trick  is to find books that relate to the child’s favorite movie character.  Disney is great about creating fun and educational books to go along with their popular movies.

My boys are enjoying reading the Wreck it Ralph books.   My nine year old has been reading them aloud to his younger brother, which is my favorite thing to see in the world!   We really enjoyed reading “One Sweet Race”.   It is about the characters in the movie, only they are little.   The pictures are adorable and were illustrated by one of the artists who worked on the movie.   It features the video-game world of Sugar Rush, and the film’s heroine, Vanellope von Schweetz. 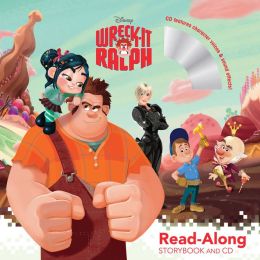 Another fun way to engage children in reading are books with CD’s. Younger children can follow along with pictures and older children will enjoy reading along with the CD. The Wreck it Ralph Storybook CD retelling of the movie with the voices of the movie characters. It is just as fun as watching the movie plus they will learn to read at the same time.

Book Description (from website) Jump into the action of the latest Walt Disney Animation Studios film Wreck-It Ralph with this exciting storybook and CD set!   Video-game bad guy Wreck-It Ralph wants to be as beloved as his game’s good guy, Fix-It Felix. But when Ralph tries to prove he’s a hero by winning a video game medal, his actions spell disaster for the entire arcade!   Featuring sound effects and the voices of John C. Reilly, Sarah Silverman, Jack McBrayer, and Jane Lynch, this thrilling read-along brings the action of Wreck-It Ralph to life!

We’ll Get Through This Together! Ulrike Szalay/Canines-N-Kids Foundations