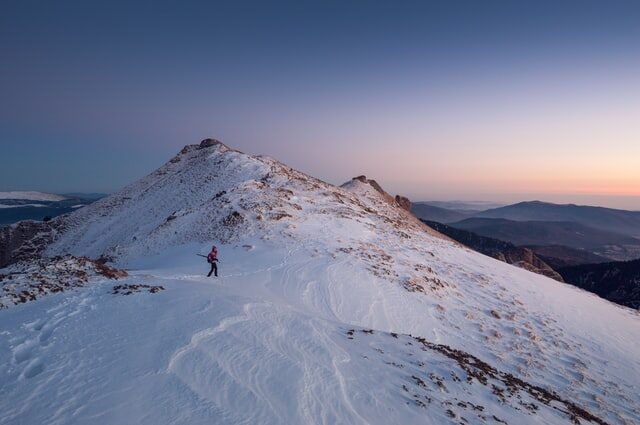 By Carew Papritz, the award-winning author of The Legacy Letters

The Beginning of an Olympic Dream

As a kid, I dreamed of being in the Winter Olympics. From the age of 3, I was raised on cross-country skiing in the Cascade Mountains of Washington State. At that time, there were only a handful of cross-country skiers out on the snow. This was still in the days of wooden skis when you had to burn pine tar into the bottom of your skis at the beginning of the season and poles were made of bamboo.

Watching my first Winter Olympics was magical. Innsbruck, Austria, 1976. Something captivated me about the Olympic pageantry and spectacle, the grandeur of the Austrian Alps, the bravery and dedication of the athletes who so aspired to “the thrill of victory” and yet had to master the “agony of defeat,” and, of course, the deeply moving medal ceremonies. The fire within me to become Olympian was lit.

Olympic determination is a special fire. It must burn from within and must burn constantly because of the sacrifice, patience, and long-term vision you have to maintain to reach one’s Olympic goal. Upon reflection, I remember not telling a soul for years about my dream. It seemed like flying to the sun, both impossible and magnificent at the same time, and one did not need the naysayers to melt your wings early in flight.

Is talent part of the key to Olympics success? Absolutely, but as Flaubert, the famous French writer put it, “Talent is nothing but long patience . . .” In the game of cross-country skiing, talent is the ability to endure pain, rise above it, and do it for a long time. Imagine running a marathon while constantly throwing punches at someone or something in front of you. To become an Olympic cross-country skier, you have to be fit beyond compare.

Most of my early years of training were spent in long-distance running. Getting up at five a.m. and running before school and repeating the same after school. Putting in 70, 80, 90-mile weeks of base training, then competing in long-distance races. And this was while I was still in junior high. But the fire never waned, month after month, year after year.

The Olympics Journey to Norway

During the winters, I cross-country ski raced and did well in the few competitions one could find at that time in the Pacific Northwest. But I wanted to do better. And to do better meant I needed to train with the best, and who could be any better than the people who started cross-country skiing—the Norwegians. Fortunately, through the graces of my instructor and coach who was from Norway, I was able to attend one of the premier training schools for junior Olympic athletes in Norway—Trysil Videregående Skole. For a year, I would train and race in Norway with some of the best cross-country skiers in the world, and I would be the guest of the school and the Norwegian government.

In later years when asked how I did at cross-country ski racing in Norway, I told the truth, “I did great—I always came in last.” But at least I was last with the best on the planet, with skiers who were born with their skis on. Many of my teammates were on the Norwegian Junior Olympic team, some of them eventually medaling in the Olympics. The experience was extraordinary. In addition, I even learned to ski jump (which was amazingly terrifying) and to speak Norwegian (even to this day). But never did I never waver in my determination to make the US Olympic Cross-Country Ski Team. The fire burned as bright as ever.

The “Tragedy of Defeat” and the Olympics Fire that Endures

Upon returning to the states, I began the next part of my Olympic journey. But here, as with many Olympic stories, I encountered the “tragedy of defeat.” What was the precipitous downfall that shattered my Olympic dreams? Simple. Money. I didn’t have enough to continue the quest. At that time, cross-country ski racing was the provenance of the northeastern universities, Dartmouth, Amherst, Cornell, Middlebury—and that meant big money. That financial leap was a chasm compared to Norway. As good as I might have been, I—and my family—did not have the wherewithal to make that leap. And thus ended my Olympics dreams . . . almost.

Aspiring to be an Olympic athlete means an incredible self-motivated desire to succeed. In this day and age, when we think we can “click” our way to success in the digital world, trying to become an Olympic athlete is exactly the opposite. There is no easy way except hard work, incredible determination, laser-like focus, and willingness to dedicate and sacrifice your life to something amazingly wonderful and difficult to achieve—becoming an Olympic athlete.

What I carried from the ashes of my defeat was an extraordinary perseverance and how to believe in oneself. Within the ashes still burned an ember of fire that eventually became a blazing passion for all that I have accomplished throughout the rest of my life.

From being accepted to the renowned UCLA film school and then working in Hollywood on feature films, to becoming a cowboy on ranch and writing a bestselling award-winning novel, The Legacy Letters; to creating a series of “First-Ever Book Signings,” (on top of a volcano, a horse, and a glacier, to whistle-stop book tours on Amtrak, to being the first author to have a book signing in Cuba after the fall of Castro), and to the hit “I Love to Read” YouTube series, with millions of views, inspiring young readers to read more. And just recently, achieving a Guinness World Record for the World’s Largest Envelope, which contained the world’s largest stamp and handwritten thank you letter as part of my efforts in establishing National Thank You Letter Day. I would even have to say that this passion extends to my trying to be the best father I can be to my son—something I would never have imagined as part of my Olympic life journey.

Even though I did not make the Olympics, I attribute all those years of training and racing, the perseverance and self-motivation, the sacrifice and patience, and even the defeat—all these combined—made me who I am today and helped me to all my life’s successes. The Olympic fire never left me, and never will.

According to Guinness World Records, the largest envelope measures in at 455.61 m² (4904.17 ft²) and was achieved by Carew Papritz and Continental Elementary School in Green Valley, Arizona, USA on November 14th, 2019.

Papritz created National Thank You Letter Day–November 14th–to celebrate the timeless values of kindness and manners, civility and gratitude as revealed in the simple act of writing a handwritten Thank You letter. “Thank You” letters are still important in our culture and are a vital way to communicate gratitude and civility, kindness, and manners in our daily lives.

Papritz, along with students from Continental Elementary School in Green Valley, Arizona, created the world’s largest handwritten thank you letter (the size of a high school basketball gym). Then, deciding the letter needed to be sent, created the world’s largest stamp and envelope. With the help of the US Postal service, the “letter” was officially postmarked and mailed to Continental’s sister school in the nearby town of Sahuarita.

It was at the start of the 2022 Winter Olympics that Carew found out he had earned a Guinness World Record through this impressive achievement.

Carew Papritz is an educational thought-leader, literacy advocate and award-winning author of the inspirational 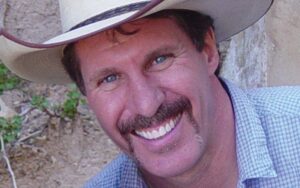 book, The Legacy Letters. Through his innovative efforts such as the I Love to Read YouTube series and National Thank You Letter Day, Papritz has made a universal impact by being an advocate for literacy and teaching people of all ages about personal and global legacy issues. 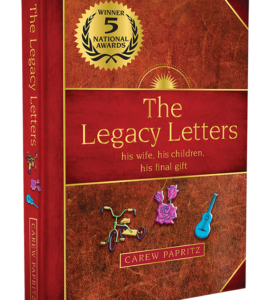 The letters reveal to us the stories, memories, and music of the father, which ultimately becomes the practical, moral, and spiritual gift and guidebook for his children he’d never live to see, and for his wife, his redemptive story of love.