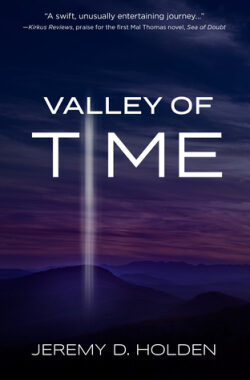 Mal Thomas only escaped with his life through a mixture of good fortune and divine intervention, after he and his eclectic team of cynical mad men and women were charged with promoting the alleged second coming of the Messiah, by Alfredo Baptiste, the world’s most powerful industrialist.

Having subsequently become famous as a best-selling author—as well as an unlikely spiritual leader—after having written and promoted a book about those experiences, Mal is now approached by another enigmatic billionaire with an equally incredible proposition.

Huw Hudson, the man often described as a modern-day Howard Hughes, wants to position his company, Space Rider, as the leader in commercial space tourism. He tries to enlist Mal and his team to help promote it, with one extraordinary twist: Hudson has evidence of an alleged UFO encounter, which he thinks could damage his business plans, and he asks Mal to investigate and manage the breaking news story.

Mal discovers a deeper purpose at work, as he crisscrosses Brazil, Miami, London, and Dubai in furtherance of Hudson’s audacious ambition, while being forced to keep an unbelievable secret from the FBI and even his closest friends. In confronting his deepest fears, Mal takes us on a journey that challenges the very core of our beliefs about space and time.

Valley of Time is the  second book in a series, so fair warning there may be spoilers for plot points of the first book. Unlike my last review, you’ll probably need to read the first book to get a good back story for this one. There was quite a few references to past events and things that you would miss if you jumped in with this book first. Also, this book is currently free for Kindle Unlimited subscribers, so definitely go check it out.

This one had quite an interesting premise, and part of the draw for me is that I work with marketing as a blogger and influencer on social media. The idea of such a huge story being plausible was a little farfetched (I mean, how many supposed UFOs have there been recording sightings of?), but nevertheless I continued. The beginning was a bit rough, but the action did finally pick up a few chapters in.

While this does begin fairly similar to the first book, it quickly divorces from that narrative. I did like the fact that this is told in first person narrative. It’s much easier to get into a character’s head this way, and there is another layer of plot development that factors in with mysteries because you are limited to only what the protagonist experiences rather than being an omniscient observer.

There are quite a few pop culture reference which were entertaining, and there is definitely a lot of jargon included. Honestly, the way most of it was phrased however was not as bad as it could have been, and I was able to understand pretty easily.

For people interested in sci-fi and conspiracy theories, you’d likely enjoy this novel.