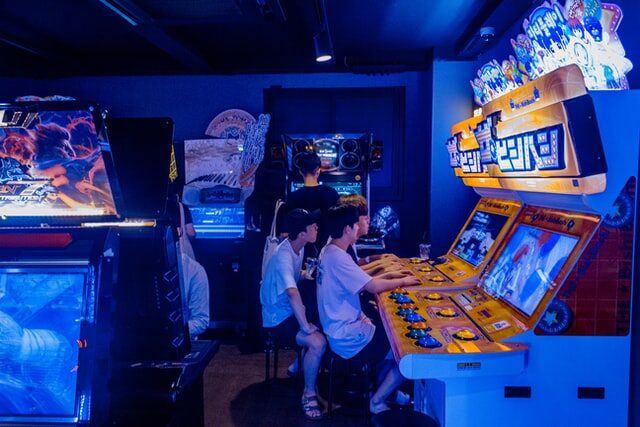 The video game industry has evolved in some stunning ways since its inception. With gaming becoming one of the most prevalent and popular forms of media. With the advent of the internet age and more powerful computers, gaming has transformed into an industry worth over $150 billion. Despite the widespread popularity of big-budget, modern games, the hobby has far more humble beginnings. Widely regarded as the first super successful video game, PONG was released in 1972, nearly 50 years ago. While most modern games are found on home consoles or PCs, it wasn’t always that way. Just a few short years after PONG, video games started to permeate the mainstream thanks to one beloved business model – the arcade.

The Early Days of Arcade Gaming

The early days of arcades were colorful, fun, trendy, and full of youth. Located in your nearest mall, bar, or cinema, arcades were a hot spot for lively entertainment. The arcade craze kicked off in Japan .With the release of Space Invaders in 1978, an action-packed sci-fi shooter that hit all the right notes. Bright, challenging, and tons of fun to play. Space Invaders soon made its way to North America, continuing its trend of commercial success. With Space Invaders capturing the minds of players around the world, it wasn’t long before the arcade industry started to grow. 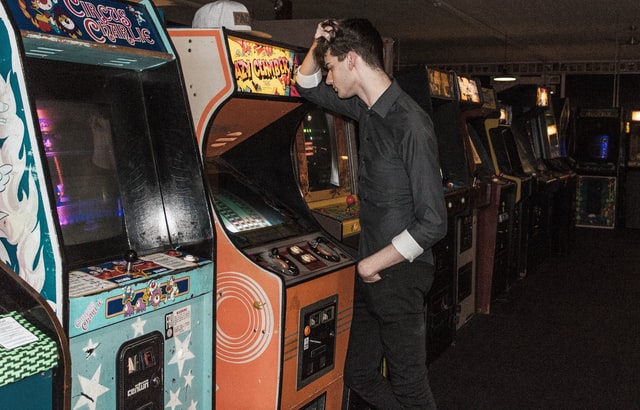 Photo by alexandra avelar on Unsplash

became an instant hit. While earlier arcade games like Space Invaders struggled to resonate with female players, Pac-Man was a major success, stoking an already fervent fan base. Other titles like Missile Command helped solidify the arcade culture, turning it into a multi-billion dollar industry. By the time Nintendo’s iconic Donkey Kong game hit arcade floors in 1981, the golden years were in full swing.  Consumers and creators equally enjoying the hobby.

Although arcades stuck around throughout the 80s and 90s. Nintendo revived the failing home console market with the Nintendo Entertainment System in 1985. Nentendo started to move 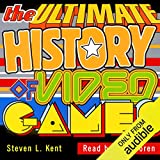 gamers from arcades to their couches. As titles like Super Mario Bros and The Legend of Zelda wowed players from the comfort of their own homes, the arcade scene started to see a slow decline. While arcade games continued to offer better gameplay and graphics than home console games, the convenience of playing games at home could not be understated. Then, in 1989, Nintendo changed the industry once again with the release of the Game Boy.

Although the Game Boy was far from the first handheld gaming device on the market. Gameboy found immense success due to Nintendo’s existing strength as a brand and the pack-in game, Tetris. A simple yet endlessly addictive block-stacking puzzle game. Tetris entranced everyone who got their hands on it, regardless of age, gender, or previous gaming experience. With the popularity of both the Nintendo Entertainment System and Game Boy through the roof, the home console market had begun to eclipse its humble arcade roots.

30 years after the home consoles began to dominate the market, gaming is a much different scene. We can even find educational games.While you can still find arcades across the globe, long gone are the days where everyone filled their pockets with quarters and played endless hours of Pac-Man.Before, you would have to get your friends together and drive down the arcade if you wanted to play your favorite games. Now, you can play them anywhere and at any time even on your phone! There are many free online video game sites available With many classic games available.Or if you’re looking for a little more excitement there are sites like https://www.playamo.com/games where you can test your luck on an assortment of games of chance.

It really is amazing to see just how much the gaming industry has grown in just a few decades. There’s no telling what the future holds. While we love the flashy and intense nature of modern games . We will always be nostalgic for the early days of gaming, where arcades and joysticks ruled.

Dancing With The Stars: Cloris Leachman

How Online Summer Training Helps Your Children To Keep Them Locked In?