The Incident of the Mysterious Priest and Other stories 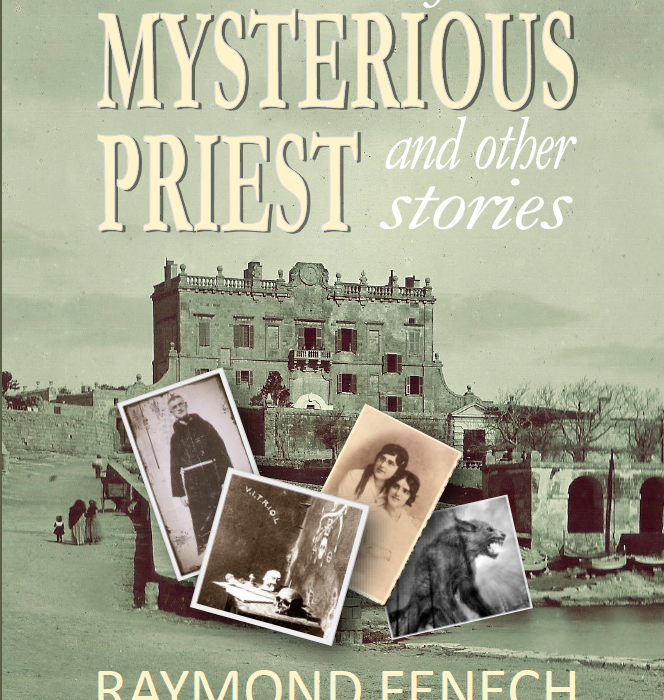 I have always believed the best ever written stories, film scripts and even poetry are those inspired by true events and people. The world is full of incredible life sagas. There is a story in every person and at times these events happen right beneath our noses without our noticing. This is how this book came about. Within its pages, you will find a careful selection of personal experiences, some from my own memoirs, some passed onto me by family members, or friends, including a small selection of amusing stories from the biography of Malta’s leading veterinary surgeon. 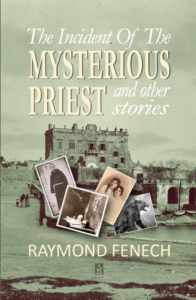 However, there are also some very interesting legends, which have come down through generations in numerous versions, to which in order to add a little bit of more spice, I re-wrote and fictionalized. As you will notice from the contents’ page, most of the stories have a supernatural touch and the reason for this is simple: I have been interested in this field for many years. More recently, even more so, when I had some personal experiences and investigated or heard about other people’s paranormal sagas. The articles on the other hand offer a variety of myth, historical facts and legendary ghosts.

Unfortunately, we live in a world that gives priority and importance only to material things.

Most often, we make icons out of these things, when in reality we should discard them because they only represent the sheer, uttermost manifestation of materialistic superficiality. They are the lowest form of existentialism, the vice that concentrates on mere physical needs and totally ignores the everlasting spirit. We seem to be more inclined to shy away from the unexplained and most often, instead of trying to open our minds to it, we are quick to pass judgement on those who have had paranormal experiences, claiming they are psychotic cases, hysterical, depressive lunatics or simply gullible and insane.

During my career as a journalist, writer paranormal researcher and onsite investigator, I have witnessed enough supernatural experiences, some of which were personal whilst others were experienced by other people, to be able to say that I cannot debunk every single case. Because a journalist cannot afford to be gullible, and because I was more of a skeptic myself for many years before my awakening, I feel there is more than the eye can see in the tens of thousands of supernatural experiences by so many people from all walks of life. It would be foolish to dismiss all these as cases of some form of insanity or misperception. Otherwise why would so many researchers, scientists, parapsychologists and paranormal investigators, as well as genuine psychics, have dedicated so many years of study in this field.

In the end, everybody is free to believe what he wants and opinions will always vary – I suppose variety is the spice of life without which it would be pretty boring to live in a uniformed society where everybody agrees on everything.

However, if some of these doubting Thomases were to have experienced a live session of a Roman Catholic exorcism ritual on a person possessed by the devil, (that is after ‘patient’ was referred to an exorcist by his doctor and psychiatrist because her ‘problem’ was clearly not something they could handle simply because it was not diagnosed as some form of insanity); or a poltergeist activity at its worse, or watch whilst a stone statue of a Madonna cried tears of blood, their doubting might turn the other way round . But then most often, sceptics evidently choose to remain in a state of denial and prefer to think the devil, God, evil spirits, the soul and ghosts don’t exist.

Dr. Lyall Watson, a distinguished biologist and scientist in his book, Gifts of Uknown Things investigates a small volcanic island in Indonesia, where the inhabitants of Nus Tarian, experience phenomena that are terrifying, miraculous and inexplicable to the average westerner in their everyday activity. Dr Watson discovers and watches with his own eyes paranormal feats performed as if these were ‘normal’ including, extrasensory perception, psychic healing, precognition and even the survival of death.

The same scientist in his introduction to another of his many superb books, Supernature states: All the best science has soft edges, limits that are still obscure and extend without interruption into areas that are wholly inexplicable. On the fringe, between those things that we understand as normal occurrences, and those that are completely paranormal and defy explanation, are a cluster of semi-normal phenomena. Between nature and the supernatural are a host of happenings that I choose to describe as Supernature.

As noted in an excellent review by Roderick Main (1997), Jung’s interest in parapsychology was kindled by personal psychic experiences. Perhaps the most famous of these involved Jung’s mentor, Sigmund Freud, who at the time was skeptical of psychic phenomena. During an argument about parapsychology, a loud sound, like an explosion, emanated from Freud’s bookcase (Jung, 1963). When Freud denied that this anomalous event was paranormal, Jung predicted that it would immediately reoccur, and right on cue, it did. However, when the same thing happened to Freud again when Jung was not present, Freud discounted the original experience as being paranormal (McGuire, 1994). It was not until many years later that he expressed acceptance of psychic phenomena. His continuing difference with Jung on this matter has been cited as one of the reasons for their breakup (Main, 1997). (SYNCHRONICITY AND PSI: HOW ARE THEY RELATED? John Palmer – University Hospital Zuric.

Besides, the supernatural experiences in this book, you will also find some of my own memoirs, based mostly on people that really lived and true events I experienced throughout my life, some during my childhood and others when I worked as a journalist. Romantic people with a passion for true love stories will surely enjoy reading the romance between my late parents who met at the height of WWII, hence why I thought it only fit to entitle this particular story, Love among the Debris.

The Incident of the Mysterious Priest and Other stories is

Raymond Fenech embarked on his writing career as a freelance journalist at 18 and worked for the leading newspapers, The Times and Sunday Times of Malta. He edited two nation-wide distributed magazines and his poems, articles, essays and short stories have been featured in several publications in 12 countries. His research on ghosts has appeared in The International Directory of the Most Haunted Places, published by Penguin Books, USA.