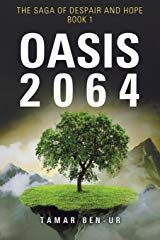 It was hard to believe that I am an author, and it took me some time to get used to the title. However, looking back at my life, I wonder why it took me so long. 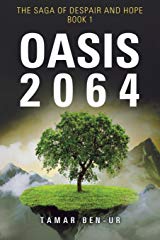 When I was a little girl, I used to tell stories I made-up to my younger sister, who enjoyed very much listening. Unfortunately, I outgrew it very quickly, and life led me in different directions. As a young woman, I was eager to acquire a deeper understanding of human nature and of societal issues. Hence, I obtained a bachelor’s degree in Sociology and Psychology. Frankly, I was disappointed because when I was a college student, Psychology was entirely behavioristic. Studying the learning process, which I was mostly interested in, involved mastering a thick volume describing experiments on rats learning to find their way in a maze to receive a reward. I felt humans could do a little better… I found studying Sociology somewhat more satisfying, although I felt that empiricism and objectivism allowed this science to uncover only partial truths and not necessarily the most significant ones. So, I left academia.

I was an idealist with a good deal of skepticism. Therefore, finding out how far the world was from what I hoped it would be, I had to resist the natural inclination of succumbing to sarcasm and nihilism and keep going. I have learned to do my best under all circumstances and to not blame myself if the outcomes were not what I expected them to be, instead just trying to improve myself and do better next time. Eventually, I learned not to blame others as well. I continued telling myself stories but had never written them down or shared them with others.

Before going to college, I spent almost two years in a Kibbutz in my native Israel. It was a challenging life experience, as I found out that people are the same regardless of their way of life and belief system. This revelation reoccurred when I moved with my husband and two then little daughters to the United States and much later when I visited two tribes in the Amazon Basin in Ecuador. I have acquired a profound feeling that we are all in the same boat.

Being a pragmatist, I pursued careers related to my areas of interest. I became an educational planner in Israel, a senior research analyst in educational research held at Alverno College, Milwaukee, and finally a systems analyst in the Texas government. Although I continued following societal development as a career woman and a mother, retirement brought about a tremendous change. All of a sudden, I had more time to read and learn. And the more I read, the more concerned I became. I witnessed in horror how the country was becoming more polarized and elected congressmen acted as puppets of the corporations that paid for their campaigns —busying themselves in power games, propaganda, and getting re-elected instead of solving our most urgent problems.

I am a grandmother of two wonderful girls and am deeply concerned about the world they are growing up into. Our food is not safe unless it is organic; neither is our drinking water and the air we are breathing. These issues are more immediate than climate change, yet very little is done about it. Many well-meaning organizations are trying to offset the government’s wrongdoing by organizing marches, petitions, and publishing research results warning us about the impending disasters. Their impact is limited. Most of the nation lives in denial, and consequently, we are unprepared

So, what could I do beyond eating organic and convincing my family to do the same? I tried volunteering, but nothing lasted long enough. Until an idea crossed my mind. If you are so good telling yourself stories to help you fall asleep, why wouldn’t you try to write them down? My first reaction was skeptical. I probably will not write more than one or two chapter and move on to the next thing, I told myself. But then, what do I have to lose? So, I began to write, and the more I did, the happier I became. I didn’t dare to tell anybody until I had a complete rough draft. Unbelievably, I who have never counted patience as my virtues, found myself delving in the tedious job of editing. Needless to say, I made sure my readers would not fall asleep.

My hope and prayers are that my book will contribute to constructive conversations about environmental and safety issues and to the replacement of denial and fear with plans to meet the challenge. But this is up to my readers.

“Oasis 2064,” the first book of The Saga of Despair and Hope series, is a science fiction thriller that follows a collection of natural catastrophes in 2064. Readers meet James Callahan, a sustainable community developer, whose adventures take him across the country. During his travels, he witnesses horrors afflicted by the Illuminati and an enemy government trying to control the West while the central states collaborate and fight to maintain their freedom and dignity. The novel reveals the emergence of Oasis, a sustainable group of people with complementary talents who succeed in creating a cohesive community based on collaboration.

Compared to many other apocalyptic novels, this book tells a very realistic story. We are not going to be attacked by the Martians, and Wonder Woman is not going to save us; it all depends on us working together, each one of us becoming a hero. A crisis can evoke the best and worst in people, and the novel displays the manifestation of both.

I am currently working on the second book of the series, and I am excited to keep this important conversation alive for my readers and future generations.

Tamar Ben-Ur retired from her position as a systems analyst and felt called to write a novel incorporating her grave concerns over climate change and social injustice. Her work intertwines her imagination with experiences such as twenty years of involvement in shamanic drumming sessions. She currently lives in Austin, Texas.For more on her and her book visit  http://www.tamarben-ur.com/

Oasis 2064, her debut book, is the first book in the Saga of Despair and Hope, and she is currently writing the second book in the series.

Give Your Child a Love of reading

Top 10 Books on Cars and their History

The Color of Lies by C. J. Lyons