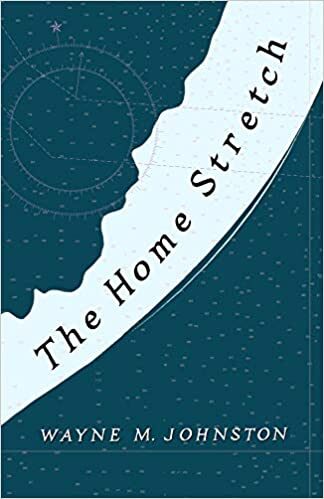 The Home Stretch, from award-winning author Wayne M. Johnston, paints a candid, reality-inspired portrait of a man struggling with strained relationships, depression, leukemia, his father’s Alzheimer’s and the knowledge that a woman he loves has been sexually abused. It’s a gripping, ultimately uplifting coming of age story that resonates with the complex topics of mortality and forgiveness.

This is a story full of memories for the main character of Bill Smith from his childhood dealing with his father and the kind of treatment that he endured to visiting Vietnam as a tourist after being 4-F during that war and seeing the after effects.  Bill just wants 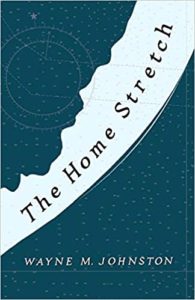 to have his father love/like him in some way.

‘The Home Stretch’ is a novel by Wayne M. Johnston that does not read like a regular autobiography.  It is a book that will make you happy, sad, maybe confused. The reader will find out that Bill and his travails in life teaches him survival of what is going on with him and his fathers relationship and to get him to believe in him.Wayne has written ‘The Home Stretch’ as a way to overcome what has happened and this book was his way of doing that.  At various points in the book the author has sections in ‘italics’ that seem to be his own memories if I read them correctly. But the way they are written they could be both of their memories for the italics flow with the rest of the story to form a cohesiveness in reading for I forgot Bill was Wayne or Wayne was Bill.  Wayne is a writer that shows and tells what is happening for this is a story of growing up and gaining acceptance.
This is a good book that in my opinion could be read by families learning to live with family members with Alzheimer’s disease as Bill did when remembering.  It is also a good book to have social work/counseling students/teachers to read as a supplement to a unit on mental health for many reasons that are shown in this story of Bill.

Summary of The Home Stretch

For Bill, the end has always been in view. His life has seen a series of unlikely extensions. When he was young, he hated his father and contemplated suicide. Later in his life he was diagnosed with leukemia and expected to die within months. Bill’s childhood was spent on a communal evangelical mission, but eventually Bill began to question his parents’ strict religious beliefs. When his father reacted with violence and Bill felt trapped between the dishonesty of trying to conform to his parents’ beliefs and the conviction that he was doomed to hell for questioning them. Eventually he provokes his father into a confrontation that leads to an outcome that redefines their relationship and alters the course of both of their lives. By midlife, Bill has been married for twenty years and has his own family. The challenges he has faced at sea as chief engineer on tugboats have helped him heal. His thoughts of suicide have faded. His father’s recent descent into Alzheimer’s Disease has created an avenue for the reconciliation the two have worked on for years. Then, unexpectedly, a story emerges about his father, involving his sister, and Bill is confronted once again with the dark side of his father’s personality

Wayne M. Johnston taught English, Creative Writing and Publications at La Conner High School for 19 years. Prior to that, for 22 years he worked on tugboats, usually as chief engineer, towing freight barges between Canadian and West Coast American ports. In 2011, he won the Soundings Review First Publication Award for his essay, “Sailing,” and has published other essays locally. For his debut novel, North Fork, he drew from years of experience reading student journals to reproduce the way kids voice serious matters to a trusted adult. The Home Stretch is book two in a planned trilogy. North Fork was released in 2016 as a YA novel. The story is told through the voices of three 17-year-olds as journal entries for their English class. Bill Smith, the protagonist in The Home Stretch, is their English teacher, and The Home Stretch is his back story.