Squiffy and the Vine Street Boys in Shiver Me Timbers! 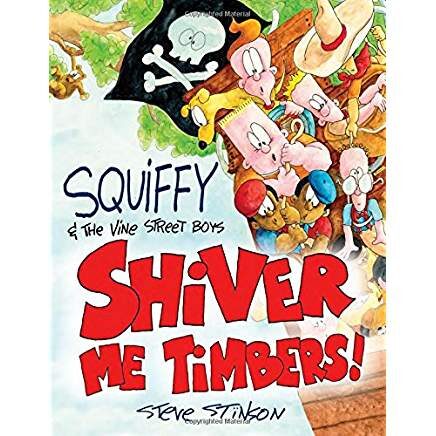 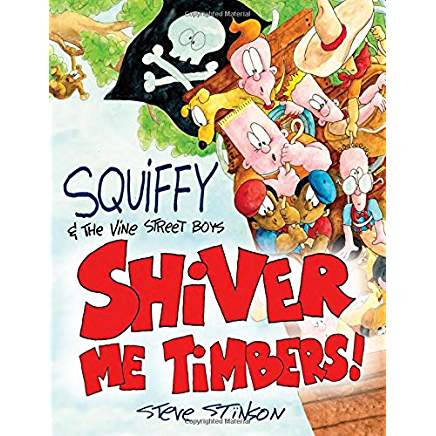 gang of friends learn a lot about science in a very strange way.  This group of friends also have various decisions to make on how to solve their problems when faced with the various issues that present to them.  Steve Stinson has written a story that even adults would like and bring back all kinds of memories.  The adult that reads this story book could share their memories of building a treehouse and other experiences.  The pictures of the story were vivid and very imaginative, which also helps to promote memories of the various readers. The pictures made me giggle and did bring back my memories as well.  There are many lessons that can be learned as in social skills and diversity with all Squiffy’s friends.  This is a story of working together in the name of science and friendship. This is also a five-star read.

Squiffy is the idea man in his neighborhood. The Vine Street Boys–Tank Who Weighs a Ton, Dan and Don the Almost Identical Twins, Stinkbug, Brero the Vaquero, Katz Who Carries a Pencil, and the soccer team –are his willing accomplices. Squiffy’s scheme is to build a pirate ship on the crown of a tree, and invite all eighteen of the Vine Street Boys to join him. What happens next is both predictable and hilarious as Squiffy takes command of his ship and its pirate crew in its precarious perch atop the tree.

We’ll Get Through This Together! Ulrike Szalay/Canines-N-Kids Foundations

What type of Mortgage should I get?

Nanny and Me : by Florence Ann Romano… How to find the best Nanny