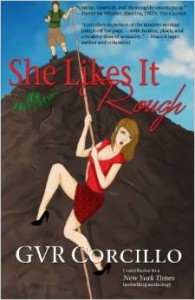 If you are looking for a funny Romantic Comedy -look no further.  You will love the main character in this book: Lisa Flyte.  She is a character who is funny, sincere and someone who wants to become a better person.  Lisa Flyte woke up from a coma-rich, famous and thin.  She inherited millions from a freak-burger barn accident.  Was it a dream come true for Lisa to wake up rich, famous and thin?  Not for Lisa.  She woke up feeling humiliated by the tabloids after her “freak-food incident.” Lisa has a family who has taken advantage of her and her money in every way.   Lisa has been bullied and treated like garbage by them.  Lisa’s family couldn’t wait to claim part of Lisa’s millions from the accident.    After this incident, Lisa decided that she wanted to make something of herself.  She was sick and tired of being walked on by her family and being viewed as insignificant by others.

So what does Lisa do?  She chases Jack Hawkins-(outdoor adventure-risk-taker-type of a person) up a mountain.  She has to speed hike to keep up with him.   Lisa views Jack as being brave and one who is not afraid to take risks.   Jack thinks she is nuts of course for chasing him all the way up the mountain.  At first, Jack wants nothing to do with Lisa.  He thinks that she would slow him down out on his adventures in the wild.  Why?  Jack views her being inexperienced in his type of wild-life adventures and fearful of the daredevil stunts that he will do. She ends up making a deal with him:  She will test his top secret beginner-adventure gear and he agrees to assist her with becoming brave during the adventures together in the wild.

Jack and Lisa are hilarious together.  Lisa and Jack have great chemistry together.  Each of them learns more about themselves through the assistance of each other.   Does Jack  assist Lisa with becoming brave in the wild or increase her confidence of herself in other parts of herself-and possibly stand up to her not-so nice bullying family?  Does Lisa end up making something of herself as she sets out to do?  If you want a book with romance, comedy and one filled with adventure, then this is the book for you.  I promise you won’t be sorry!

Find it at Amazon/  / Smashwords 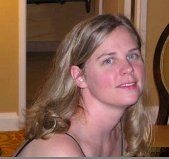 GVR Corcillo has lived in Pennsylvania, New York, England, Washington D.C., and California. She has worked about a million different jobs, including a ticket-taker at a movie theatre, a sachet-stuffer at a potpourri warehouse, a waitress at a very noisy bar, a radio-show host, a voice-over actress in an award-winning short film, and a high school teacher in South Central Los Angeles. Then, deciding she needed an even tougher job, she decided to become a writer.

Corcillo won a few writing contests, hit The New York Times Bestseller List with her first short story, and got a B-movie screenplay produced. She Likes It Rough is her first novel. The romantic comedy has won Best Indie Book 2013 and Best Humor Book 2013 from the Rebecca’s Reads Choice Awards, and the book has thus far advanced to the Quarter Finals of The Amazon Breakthrough Novel Awards.

Become a Fan of GVR Corcillo on Goodreads

The Painted Pilgrim by Dale Ryan with Illustrations by June Orgil ; for the Dog Lover