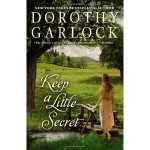 Three people come to the town of Sawyer, Oklahoma, in 1939, with different purposes. Charlotte comes from Minnesota for her first school teaching job, and brother and sister Owen and Hannah come from Colorado to find their father in this historical Americana Depression-era novel about family secrets, love, loss, and revenge.

Never having known her mother because she died when she was born, our protagonist Charlotte went to teaching school with the support of of the rest of her family. Excited and enthusiastic about her new career and not knowing what she’ll find in Oklahoma, Charlotte is boarded on a racnh with a lovely two-story house by horse-rancher John Grant. “Folks in these parts ain’t too complicated, not like in a city,” John explained, giving a wave out the window. “They go to church, look after their loved ones, and say ‘Howdy’ to their neighbors. They like things to be simple but that doesn’t mean they’re simple folks, if you know what I mean.” Other than encountering a few eccentrics, like Constance Lowell, the owner of the funeral home whose thoughts run constantly to death, and Mrs. Paige Spratt, the former overly-Victorian and ultra-critical schoolmarm, Charlotte is entranced with her new surroundings of very active male farm-hands, horses, an entirely new climate, and even The Blue Tent Roller Rink that’s just opening up in Sawyer.

But Charlotte didn’t count on falling in love with loud-mouthed and often rude Owen, or having to tutor Sarah Peck, a 13-yr.-old girl living with her father Alan in a shack, who’s pregnant and whose child-to-be is fatherless. Charlotte also didn’t expect the adventures of a wildfire at the ranch, finding kerosene in the well water, a stampede and a terrible tornado, or the strong and out-of-control force of revenge towards John Grant wielded by rancher Carter Herrick.

Just as Charlotte’s family was motherless and had its secrets, so do the also motherless families of Owen and Hannah and Sarah.(as Sarah asks Charlotte, “Can you keep a little secret?”). With Charlotte Dorothy Garlock paints a vivid portrait of a young woman leaving her home for an unusual (at the time) expedition as she also ventures into adulthood (this book being the sequel to a former novel about Charlotte, Stay A Little Longer). Charlotte has had to leave behind, in Minnesota,

her beloved sister Christina who dreams of her own future, perhaps, as Charlotte did, taking “a train ride into the unknown.”

Ms. Garlock’s solutions to the problems of life and even difficult emotions like revenge are traditional and very possible true. The joining of couples will eventually make everything work out as “they would laugh, cry, shout and everything in between. None of it would be easy, but standing together, there was nothing they couldn’t overcome.”

Christina Zawadiwsky
Christina Zawadiwsky is Ukrainian-American, born in New York City, has a degree in Fine Arts, and is a poet, artist, journalist and TV producer. She has received a National Endowment for the Arts Award, two Wisconsin Arts Boards Awards, a Co-Ordinating Council of Literary Magazines Writers Award, and an Art Futures Award, among other honors. She was the originator and producer of Where The Waters Meet, a local TV series created to facilitate the voices of artists of all genres in the media, for which she won two national and twenty local awards, including a Commitment to Community Television Award. She is also a contributing editor to the annual Pushcart Prize Anthology, the recipient of an Outstanding Achievement Award from the Wisconsin Library Association, and has published four books of poetry. She currently reviews movies for , music for , and books for .

The Lost Heifetz and Other Stories: A Collection of Short Stories by Michael Tabor