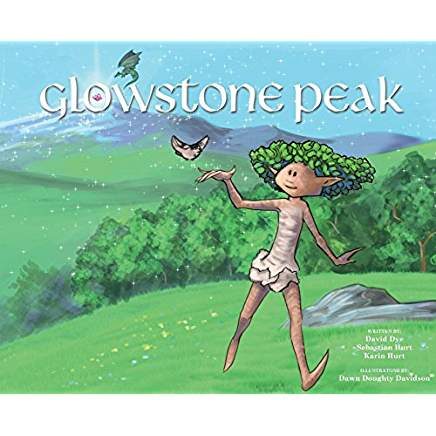 A Story of Courage, Influence, and Hope 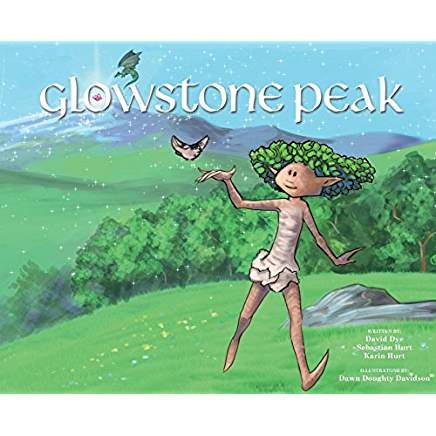 the Gnobucks, Nuin, Gnomes and Pixies.  Selvia, a Nuin, is the main character that first notices the changes in the forest in which they lived.  The forest was a vibrant green in color to a very dreary gray color.  Selvia started on her search for answers and while walking she ran into others of the forest and discussions persisted that each group with their vices form fancy apps and social media to magic.  Selvia wanted all the groups to work together, but it ends up being up to her to figure a way to do this and save what they have come to love.  They all blamed each other for the problem of the forest.
The pictures were illustrated by Dawn Doughty Davidson and they were vivid and bright and enticing to look at and made me continue to read to the end of the story.  The pictures were well detailed to tell the story without the words, but the words were needed to get the meaning across too. They were well-chosen and explained the issue of conservation and how one group claims some factor and how that factor affects all people.  ‘Glowstone Peak’ is a story of learning to work together and the various groups learn to do that to solve the issue.
This is a great children’s book to introduce the topic of ecology to a classroom of children as well as to learn social awareness for a social studies lesson.

When magic disappears from the Brightwood, Selvia decides she must do something to bring it back. No one trusts the Gnomes and fearsome creatures that live in the mountains, but Selvia, but Selvia wonders if they’re really to blame. She sets out on an adventure to restore the life she has always known, but discovers a new magic along the way. Richly illustrated, this moving and beautiful story will inspire readers of all ages to question what “everyone says” and find a new magic of their own.

Life Lessons: Self Help From The Silver Screen ebook review