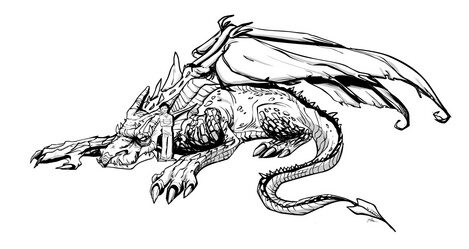 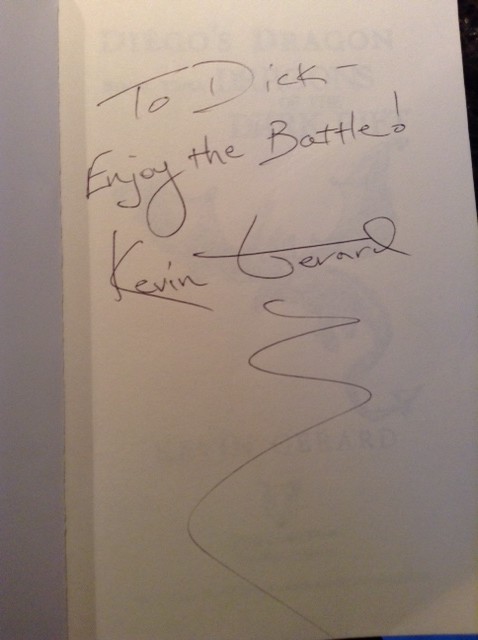 I was lucky enough to be given an autographed copy of this book with the inscription by the Author Enjoy the Battle! At the time I didn’t realize what Mr. Gerard meant.Around about 160 pages into the book I GOT IT! I then could not put it down . I flew right through to the end.Let me say this about that …       WOW!!!!

For some weird reason I have always been interested in books about World War II,The American Civil War and other conflicts.It was always the battles and the tactics around them and the Generals involved that I enjoyed learning about. Now on top of that I’ve always read the Fantasy Genre and a lot of them involve Dragons.Usually there might be one maybe two Dragons in these stories.What’s this got to do with anything you ask????

Well if you do indeed like Dragons AND a good knock down drag out fight to the death then this might just be the book for you. *SPOILER ALERT* Picture a World War II Tank Battle between two great Generals (Patton.Rommel) but instead of a few hundred Armored Tanks zippin’ around a Desert shooting shells at each other you have a few Thousand Dragons Zippin around the cosmos spewing Fire and Electricity at each other. Like I said before WOW!

Of course there is a lot more to the book than the Battle but hey The fate of Earth depends on the outcome so it’s a pretty big deal(just sayin’)The book is categorized as Young Adult but I think anyone would enjoy it.Although it is about a young boy Diego that you get to root for and it’s always cool for kids to see the young hero types.It’s also got a helpful Glossary  of Spanish words and phrases used in the book, which for me was quite helpful since I don’t speak Spanish and Diego does. Bookroomreviews ( ME) most definitely recommends this book for young ,old and anyone on between.A great sequel to book one. So folks …

Summary: A Prophecy, an Ancient Calendar, and a Battle for Earth’s Survival The turning of the 26,000 year cycle is 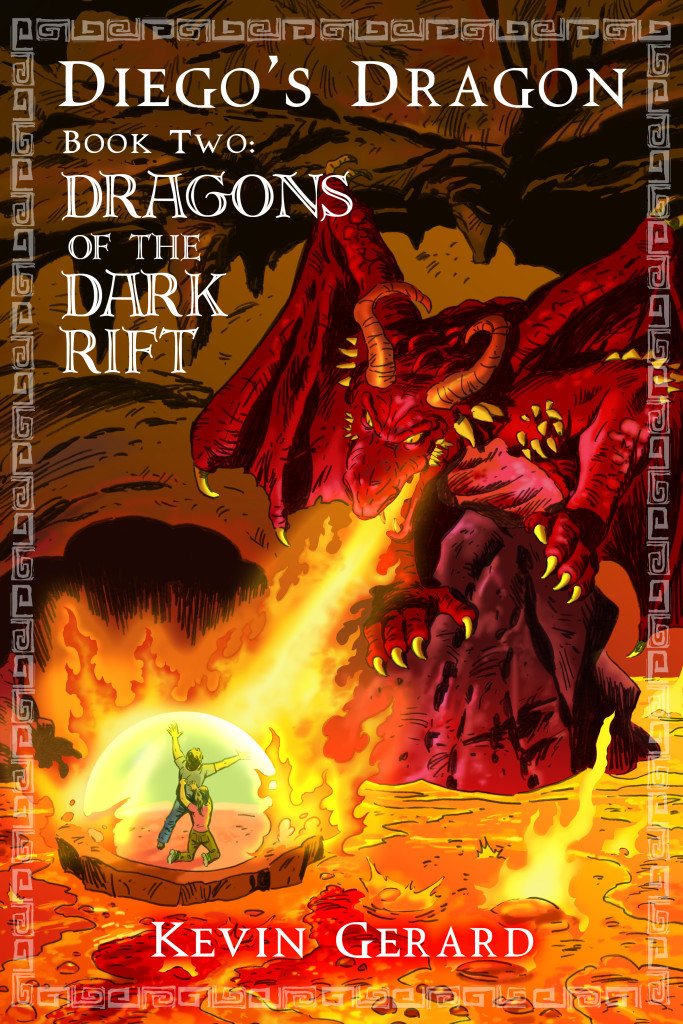 approaching. The fifth sun promises a time of peace for all creatures.Magnifico, Estrella, and the Sol Dragones eagerly await the new age. Vipero hopes to alter the ancient prophecy. He orders the Dragones of the Dark Rift to find and eliminate the Sol Dragones. If they succeed nothing will stop him from destroying Diego’s world and claiming ownership of Sol, a star with unlimited spiritual power. Diego and Racquel travel with their dragons to the Dark Rift, the entrance to the magical realm known as the Xibalba. Together with the Sol Dragones, they battle Vipero’s immense army in a fight to save or shift the Mayan prediction. The fate of earth depends on victory or defeat, and Diego is the key. His choice – to betray Magnifico or stay true to the Sol Dragones – will determine the outcome of the conflict.

The Buzz About the Series

“Diego’s Dragon: Spirits of the Sun is a gripping, intrigue-filled adventure featuring a young Hispanic boy as the main protagonist, a beautiful statue that transforms into a real dragon, and a cast of secondary characters who all play a role in helping Diego fulfill his destiny as the Guide who delivers his ancestors into the spirit world. Tweens and teens will enjoy this magical and mystical journey…” ~ Mother Daughter Book Reviews

About the Author: Kevin Gerard

Kevin Gerard lives in San Diego, California, with two feline friends, Jesse the Wonder Cat and Little Man. When not writing or teaching statistics at Cal State San Marcos, he enjoys walking the grounds at the San Diego Zoo, hitting the waves at Cardiff State Beach, and hanging with his brother, nieces and nephews at the local Pizza Port. He also enjoys playing Halo on the internet , look for him in the rocket games as one of the characters from Diego’s Dragon or Conor and the Crossworlds.