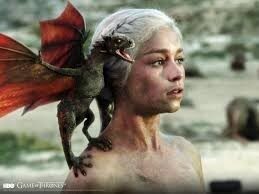 List of our favorite fictional Females. From the evil to the undeniably perfect, these are the greatest female characters from literature of all genres. This list includes the best female characters of all ages, from the youthful Matilda (“Matilda”) to the ever-so-adult Evelyn Couch (“Fried Green Tomatoes at the Whistle Stop Cafe”) to the women of the HBO series Game of Thrones and yes I did read the books first.

Why do female literary characters stay with readers long after they’ve finished reading the novels these characters are featured in? Often, it’s due to the intimacy with which readers have come to know a character. Jane Eyre (and all of her desires and feelings), for example, becomes so real to readers that they feel as if they’ve met and understood this amazing female character.

Other times, readers love female characters in literature because of the audacity of their actions. Scarlett O’Hara (“Gone with the Wind”) was exceedingly bold for a woman of her time, while Madame Defarge (“A Tale of Two Cities”) is an exemplar of tireless villainy. Some of the best female literary characters manage to embody both wholesome and defiant, becoming reflections of the complex nature of women.

For the wide range of personality traits we find in these great female characters (and the audacious actions they’ve performed), these women have earned their titles as the best female characters in literature. They may be young or old, charming or black-hearted, but they are all memorable. Whether you love them or love to hate them, they’re all here in this list of the best female characters in literary history. So whether it’s the classic Femme Fatale or the scared little girl that finds the inner strength to become the unlikely Hero they .Just remember what Mae West Said about Women
When they’re good they’re very good…
But when they’re BAD They’re Better. Who’s at the top of your list? Vote Now and Give us a comment on what you think…

Where to Shop in Delhi

Developing A Love For Art