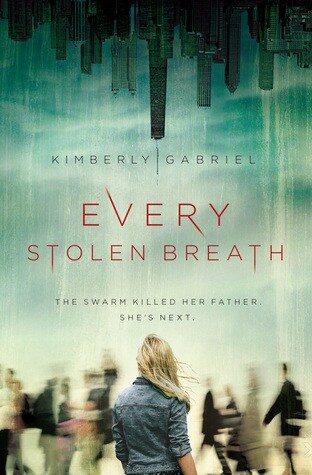 What would you do if you saw your father or parent killed?  ‘Every Stolen Breath’ by Kimberly Gabriel is the story of a girl named Lia . How she goes about how to catch the culprits who killed her father. It is a novel of mystery and intrigue.  Lia is a character who just wants to find out the truth 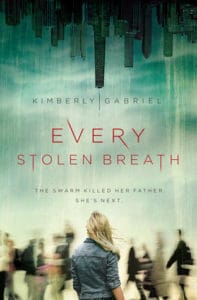 of what happened to her father and why.  ‘Every Stolen Breath’ is a story not only of Lia and her search for truth, but how a group called ‘The Swarm’ and trying to understand what is ‘mob mentality’. Kimberly has written a story of familial love for Lia will do anything to find out what happened and why.‘Every Stolen Breath’ is a quick moving story that the reader can easily visualize what is occurring as in the beginning of 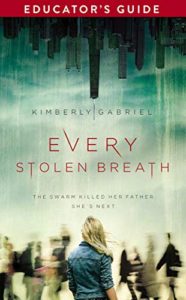 the setup of the story when ‘The Swarm’ seen her on the boardwalk and a stranger tried to help her.  This is one time when Lia was trying to trust again. Lia had a feeling that he was telling her what to do and then following through on what she had to do to keep from giving herself a way in what she has planned.  Kimberly Gabriel has written this novel that will keep the reader involved to the end. The cover picture gives a hint of how one person can use realism to give an idea what a story could be about. The blonde girl in the picture is/could be Lia standing stunned trying to figure out what is going on around there and her. We all probably has had times like this in our own lives. Kimberly shows and tells what the psychology of ‘mob mentality’ can do and how it affects all of us
Along with the book is a companion copy that is available .
every stolen Breath educators guide is a companion to Every Stolen Breath by Kimberly Gabriel. This guide can be utilized in the classroom, in a home school setting, or by parents seeking additional resources. Ideal for grades 7-12.
Available here

The Swarm is unrecognizable, untraceable, and unpredictable—a mob that leaves death in its wake. Public places are no longer safe. Every day is a threat. Though it’s been two years since the last attack . Lia Finch has found clues that the Swarm is ready to claim a new victim.

The last victim was Lia’s father, attorney Steven Finch. Devastated and desperate for answers, Lia will do anything to uncover the reasons behind his death and to stop someone else from being struck down. However, the odds are stacked against her: Lia’s PTSD from her father’s attack has left her with a shaky grip on reality, and her debilitating asthma is a time bomb that could kill her at any moment.

After a close encounter with the Swarm puts Lia on their radar, she teams up with a teen hacker. A reporter, and a mysterious stranger who knows firsthand how the Swarm works. Together, they work to uncover the master puppeteer behind the group. If Lia and her network don’t stop the person pulling the strings—and fast—Lia will be the next victim.

Inspired by the real flash mobs in Chicago, readers ages 13 and up won’t be able to put Every Stolen Breath down. This YA thriller is great for readers who enjoy mystery and suspense.

Kimberly Gabriel is an English teacher who writes every chance she gets and struggles with laundry avoidance issues. When she’s not teaching or writing, she’s enjoying life with her husband, her three beautiful children, and a seriously beautiful boxer in the northern suburbs of Chicago. You can find her online at kimberlygabriel.com, on Twitter @KT_Gabriel, or on Instagram @kimberlytgabriel.

The Littlest Candle  A Hanukkah Story

The Lucky Ones Book Review