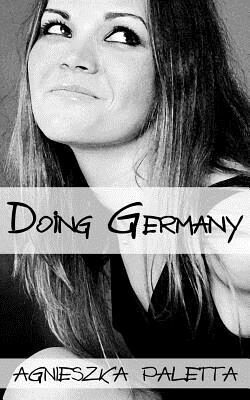 It is however about a young Lady by the name of Agnieszka Paletta and how she tries to acclimate to a life in Germany. Huh? Boring you say. Well it could be if it was about your normal Canadian-Polish- individual (if there is such a thing)

No Agnieszka has written a very entertaining Memoir of a few years in her life . From clubbing with her hot blond friend in beautiful downtown Cracow to spending her first wedding anniversary in  the hospital giving birth to her (German) son. .Our author born in Poland grew up in Toronto,Canada seems to absolutely love Italy and everything Italian yet somehow in her travels ends up  living an immigrants life Germany with her boyfriend and soon to be Hubby M. Yes M- that is the name we seem to know this guy as. That I think is a little strange that we don’t know the guy’s name.(maybe Agnieska will give us a scoop here and tell us his name)

Aside from the M thing I thought this was an easy read.It is interesting the way she describes her travels. Her perspective on the cultural differences between say North America and Europe. For that matter between the different European countries of 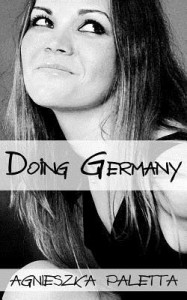 Italy,Poland and Germany.Don’t read this the wrong way it’s not a travel book by any means.Just one woman’s view on life in general.She’s writes with humor and wit and it’s just fun to see her struggle with herself as she tries to make the best of what at times she sees as a bad situation.(you see she’s not quite in love with Germany)

I’d be interested to know what some German people might think of this book. She does not present Germany in a very flattering way. If I didn’t know she was Canadian or Polish really  I’d peg her as one of those “Ugly American”types which is to say all of us Americans . Although she does acclimate to her new surroundings after a while.

So It’s a fun book written by a women with an obvious sense of humor and most of the fun is made of herself so your laughing at her as well as with her.Some of the story is a bit confusing she jumps around a bit (flashbacks) half way through I was totally confused when I thought she was arriving at a German airport and she start talking about Italy (Flashback again)I should have known when she warns us with a “Picture This”.

So PICTURE THIS Your sitting there reading this review wanting a nice fun little book to read… Well?