About the Book:
A super boy from a village in China and a super girl from rural Vermont meet in college and fall in love. Both grapple with their
unique powers and purpose. Will they master their abilities in time to save each other and the ecosystem from certain
destruction? And what twists does life have in store? Originally released in early 2019, Landis is re-releasing an updated version
of her environmental YA fantasy as well as adding an audiobook format in April 2020, to celebrate Earth Day.
While on a research trip to the Peruvian rainforest, Robin Dell and Jamie Chen’s lives (and consciousness) are changed forever
when they drink a shaman’s brew and are transformed into CHENDELL. Two halves of one person. A dual consciousness –
female and male – in one body. This new being is streamlined. Eurasian. With one green eye and one dark brown eye. Shoulder
length hair that is half auburn and half black. As CHENDELL, their fight is to save our environment from the people responsible
for ecocide and biocide – the willful destruction of the environment and the annihilation of living organisms.
Individually, Robin can control insects and Jamie can communicate and control trees and plants. When joined as CHENDELL
their powers are enhanced. Their senses are extremely acute. Their strength is exceptionally strong. Their mind is lightning
quick. And their powers are extensively increased – not only with trees, plants, and insects – but also with other living creatures.
All of nature is their ally.
Finally, Nature has a hero.

About the Author:
Leslie Landis has been a teacher, a financial planner, a bank trust officer, worked for a U.S. Senator, an associate director in
television and a licensed therapist. Her first book, is a humorous take on our food and diet obsessed culture titled The Art of 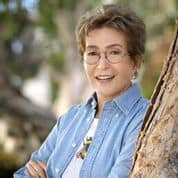 Overeating: A Bellyful of Laughs About Our Food-phobic Culture. CHENDELL: A Natural Warrior is her first novel. Leslie lives with her husband in Los Angeles.
Leslie’s degree in psychology informs her insight into how people look at the world and themselves. She created relatable
characters who reflect the roles we play and the uncertainties of life. With a different take on gender equality and the battle to
preserve our environment, her superhero CHENDELL speaks not only to young people but to all generations. In this captivating,
exciting and realistic fantasy, Landis’ unique writing style presents a message of love, hope and commitment to fighting the real world evil forces destroying our planet.

OK so let’s hear from her…

Why did you write a YA novel?

My book, Chendell: A Natural Warrior, has an environmental theme. People of all ages care about the environment but young people are especially tuned into the environmental degradation caused by global warming. They know it is their future that is most at risk.

How did you come up with the idea of CHENDELL? 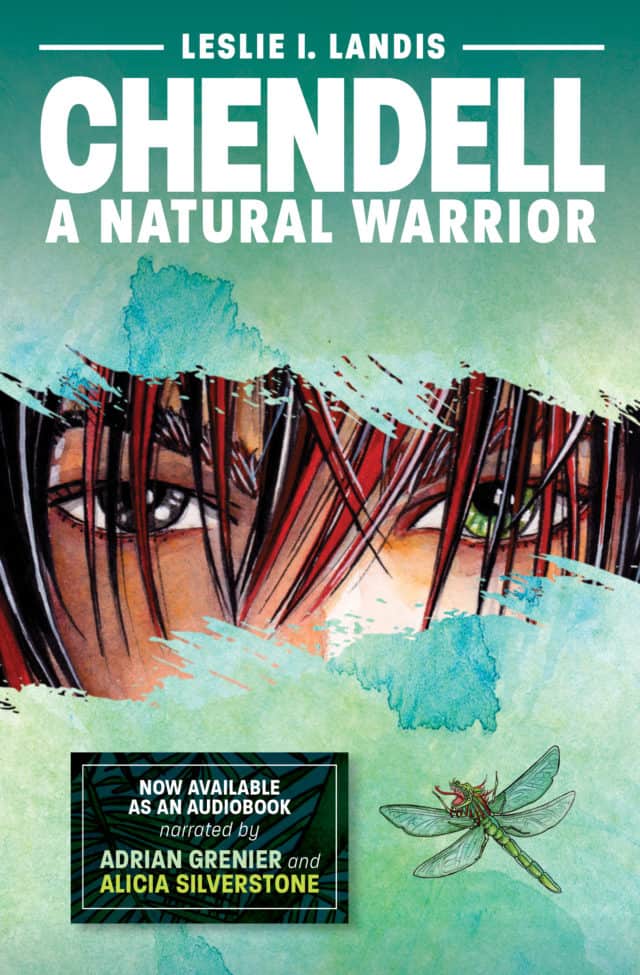 Through media exposure, I certainly noticed how popular the superhero genre is.

When I thought about why I was not interested in this category, I realized that the typical superhero characters were not “real” to me and they usually battled against “unreal” struggles such as someone trying to blow up the world. So I thought why not a superhero who was fighting a real world problem – ecocide and biocide – the willful destruction of the environment and the annihilation of living organisms.

Why is one of your protagonists Chinese?

There are three reason I made one of my protagonists Chinese:

1. I’ve been to China and I found the Chinese people to be gracious, warm and kind.

2. I know what it feels like to experience anger and hostility just because I was American. I’ve traveled to other countries during a time when we had an unpopular U.S. president. I feel the people of a country should be treated as individuals, not as representatives of a government.

3. I’m personally very interested in other cultures and ethnicities. Having a Chinese character was just more interesting to me.

Why don’t you kill bugs?

I do kill bugs – if I have to. For example, if a mosquito is going to bite me or a bee is going to sting me. But fortunately for me, those have been rare occurrences. Other than those situations, I don’t kill bugs because they are alive. Because they are just living their little bug lives. Because they serve a function in the scheme of life. I just don’t go out of my way to kill anything.

Have you written any other books?

The Art of Overeating: A Bellyful of Laughs About Our Food-phobic Culture – A humorous view on our food obsessed culture.

Why do environmental problems worry you the most?

The future of every living creature depends on the health of our planet.

Why do you think your book is unique?

In my book, the superhero is fighting a real world problem. And my protagonists are a woman and a man who are truly equal. They can’t be more equal than when they are Chendell.

Why should people read your book?

My book is timely, exciting and fun.

What can people do to help our environment?

Buy less, use less, waste less and recycle. Also, people can vote for representatives who take the environment and global warming seriously.

Where did you grow up/live now?

I was born and raised in Waukegan, Illinois. I have lived in Chicago and New York. Now I live in Los Angeles.

As a child, what did you want to be when you grew up?

What is your education/career background?

I’ve done a lot of different things. The highlights are working for U.S. Senator, working in television production as an Associate Director (I’m still a member of the Directors Guild), working as a bank trust officer and finally, as a Marriage and Family therapist.

Do you have kids and/or pets?

No kids. But thanks to my husband, I have grandkids. No pets at this time. Had a Jack Russell terrier who died at 16 years old. Planning on getting a schnoodle soon.

When did you first realize you wanted to be a writer? Or what first inspired you to write?

I often tried to write a story or novel but I never followed through. Then not too long ago, I realized that the business letter and documents I was writing were good. That gave me the confidence to try writing fiction again.

I write best at my office desk in a loft in my home. There is nothing to distract me there. I accomplish the most when I write in the evening.

Do you have any interesting writing habits or superstitions?

I am a terrible typist. I just hope my fingers will go where I want them to go and not where they want to go.

When you are struggling to write/have writer’s block, what are some ways that help you find your creative muse again?

I just leave my computer and think about my story a lot. A whole lot. And sooner or later, ideas come to me and I am ready to resume writing.

What do you think makes a good story?

Character development and a sense of humor.

What inspired your story?

The popularity of what I consider boring and redundant (almost all men) superheroes and their fights. I felt there should be a superhero who fights for the environment – for our planet.

How does a new story idea come to you?

I read a lot of current publications – newspapers and magazines – so trends eventually coalesce in my brain and ideas pop out from there.

Is there a message/theme you want readers to grasp?

If we get in touch with the natural world, we will all hear its message, “Save me before it is too late and I am gone!”

What was the most surprising things you learned in creating your books?

That once I get going, writing is fun.

On A Friday night, what are you most likely to be doing?

What do you do when you are not writing?

Who are some of your favorite authors?

Do you have a bucket list? What are some of the things on it?

Travel more. Make more friends. Be kind to everyone.

What person(s) has/have helped you most in your career?

My husband, Martin. He has always believed in me and encouraged me in whatever endeavor I want to pursue.

What is the best writing advice you have ever received?

What was your favorite book as a child?

What is the one book no writer should be without?

The one they love and inspires them.

How do you’re your spouse and other friends/family feel about your writing career?

Everyone is very supportive and encouraging.

If your book was turned into a movie, who would want to play the main characters?

An interesting question. I’m not sure but I would want a younger, taller version of Scarlett Johansson and a younger, Chinese version of Edward Norton. They both seem smart to me.

I do see this as a movie like Avatar which was both live action and animation. 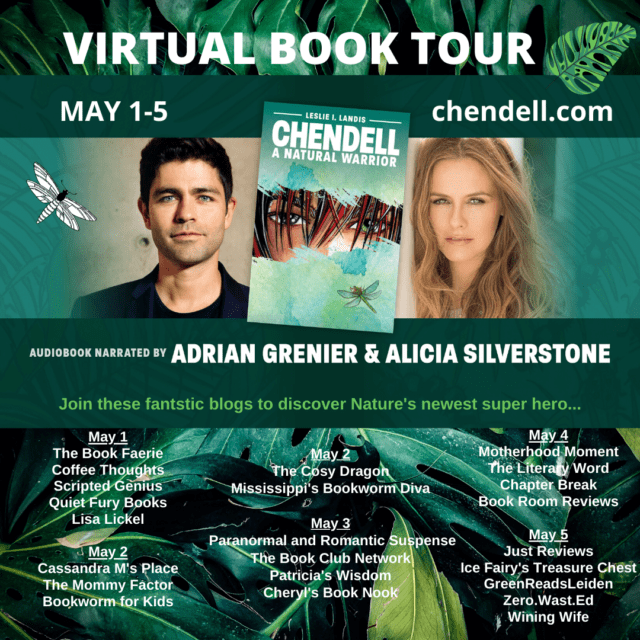