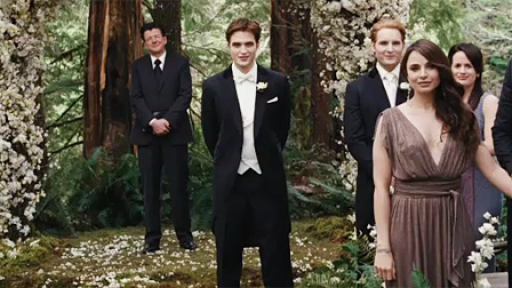 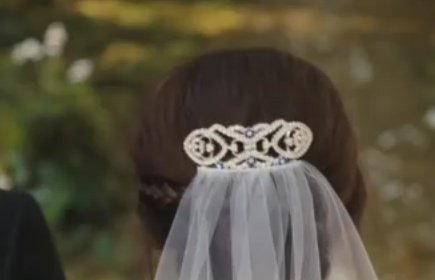 A sneak peak of Breaking Dawn Movie Part one was released yesterday by Summit Entertainment.  It is a very brief look at the wedding scene with Edward and Bella and the epic vampire wedding!  The full trailer will be shown on the MTV Movie Awards again on June 5th.

Robert Pattinson, Kristen Stewart and Taylor Lautner will attend the 2011 MTV Movie Awards on Sunday to introduce a teaser trailer for their legion of “Twilight Saga” fans.

I did some research and found the video below on YouTube that looks to me like the real full Breaking Dawn trailer.  If it isn’t the official trailer, then it is a really good fake.  It shows the storyline of the Breaking Dawn book and includes real footage from the movie.  I don’t think it is the raw movie footage that was released a month ago.  What do you think?  Either way, we don’t have to wait long to see the real thing on Sunday.