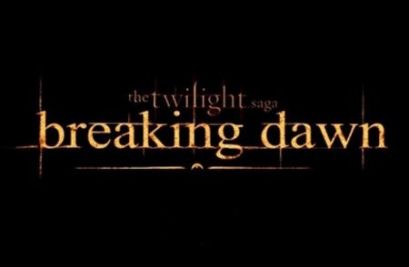 If you were on Twitter last night, Twilight Fans went crazy looking at and for the leaked Breaking Dawn pictures and bedroom scene video.  If you are a Curious George like me here is the link to the video and 30 pictures. It might be gone by the time you click, so good luck.  Warning Big Spoilers. Even if you read the book, some of the pictures can ruin certain scenes.  Stop reading here if you don’t want any spoilers about the pictures!

The pictures shown are mostly bedroom/honeymoon scenes.  There is one of Edward holding their baby and another of Bella’s pregnant tummy. Another one shows Bella as a vampire.  The video is about 14 seconds of sex.  You see Edwards back.  If the movie will be rated PG 13, I personally don’t think it’s appropriate to watch until the age of  16 at least.   I don’t think the rumors that they were leaked on purpose by the studio are true at all. They give away some of the crucial scenes in my opinion.  I am linking to them for those readers who want to view them. They are out there and here to stay on the Internet. Oh yeah, Jacob fans, not even one leaked Jacob picture.

Synopsis: In the highly anticipated next chapter of the blockbuster The Twilight Saga, the newfound married bliss of Bella Swan (Kristen Stewart) and vampire Edward Cullen (Robert Pattinson) is cut short when a series of betrayals and misfortunes threatens to destroy their world.

After their wedding, Bella and Edward travel to Rio de Janeiro for their honeymoon, where they finally give in to their passions. Bella soon discovers she is pregnant, and during a nearly fatal childbirth, Edward finally fulfills her wish to become immortal.

But the arrival of their remarkable daughter, Renesmee, sets in motion a perilous chain of events that pits the Cullens and their allies against the Volturi, the fearsome council of vampire leaders, setting the stage for an all-out battle.

The suspenseful and deeply romantic Breaking Dawn continues the epic tale of supernatural fantasy and passionate love that has made The Twilight Saga a worldwide phenomenon.

Yasodhara and the Buddha by Vanessa R. Sasson