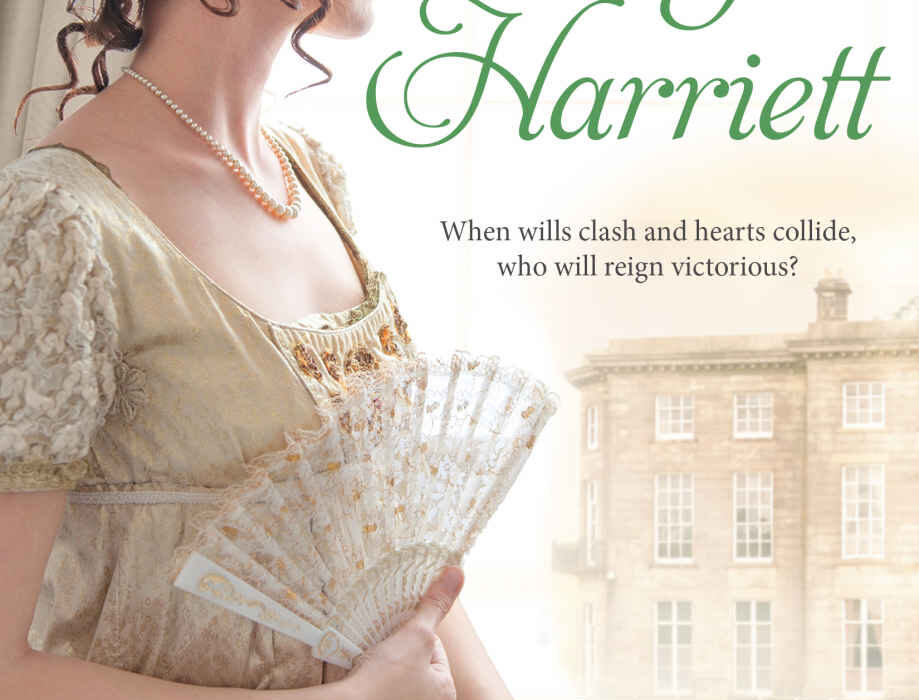 The Pursuit of Lady Harriet

When wills clash and hearts collide, who will reign victorious?

Termed an Incomparable during her first London season, Lady Harriett Cavendish is beautiful, spirited, and confident, capturing the attention of a 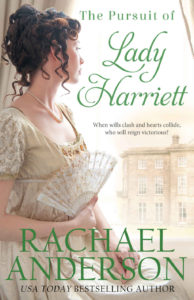 great many suitors. Unfortunately, they all failed to capture her attention, and she concluded the season as unattached as she’d begun it.

Only weeks prior to her second season, Harriett encounters Lieutenant Christopher Jamison while visiting Tanglewood Manor. Recently returned from war, the lieutenant is everything that Harriett’s previous suitors were not. He’s arrogant, ungentlemanly, irritating, and challenges her at every opportunity. When he goes too far, Harriett decides that it’s time to turn the tables on him. But as she sets out to put the lieutenant in his place once and for all, she discovers there is more to him than meets the eye, and when it comes to matters of the heart, she has no control whatsoever.

The corners of the man’s eyes crinkled in a mild show of amusement. “Lady Harriett, I presume?” Rather than look at her with appreciation as most men did, he appeared amused.

At her nod, he tucked his hands behind his back, remaining a few steps above her. “I am Lieutenant Christopher Jamison, an old friend of Jonathan’s.”

“I was expecting you days ago,” she answered. “Lord Jonathan charged me with the unhappy task of informing you he and his new bride are currently away on their wedding trip. He is sorry he cannot be here to meet with you and has asked that I relay his apologies.”

“May I inquire as to how long they will be away?” he asked.

No, you may not, she wanted to say. Her neck was beginning to ache from looking up at him, but she forced her gaze to remain steady. “They expected to be gone a fortnight, sir.”

“And they have been gone how long, exactly?”

She felt an unaccountable hesitancy to tell him. “A week.”

“Ah.” He sounded disappointed but seemed to take the news in stride, glancing at Charlie as though wondering whether he ought to retrieve his horse or not. Harriett prayed that he would.

When his gaze strayed back to her, he took the unwelcome, and ungentlemanly, liberty of perusing her figure. When his eyes met hers again, his lips twitched into a slight smile. “Forgive me, my lady, but you appear to have had a run-in with a mud puddle and lost.”

How kind of him to point that out. Harriett kept her hands at her side rather than attempt to brush the dirt from her face and pelisse yet again. The damage was done, and no amount of brushing or shaking would remove the muck. What she needed was a hot bath and a change of clothes.

“Actually, sir, I was merely an innocent bystander.”

She picked up her skirts and ascended the steps, stopping on the stair above him so that she was eye level with him. “Are you always such a reckless rider, sir? Do you not pay heed to your surroundings?”

“If you had, you would have seen me standing at the side of the road and, I would hope, thought to slow your animal down so as to not splash mud all over my pelisse.”

Her chilly set down did not have the desired effect. He did not appear the least bit repentant. Rather, he looked ready to burst into laughter. “And your face, apparently.” He leaned forward and squinted. “If I’m not mistaken, there is a splash or two of mud on your bonnet as well.”

Harriett glared at him. “How observant you are, Lieutenant Jamison. One can only wonder why you didn’t put that skill to good use earlier. If you had, perhaps my pelisse, face, and bonnet would still be clean.”

“I am always observant, my lady,” he said. “But might I suggest that if you would like to be noticed at the side of the road, you should wear a color that does not blend so perfectly with your surroundings. That particular shade of green looks quite lovely on you, but only someone with the eyes of an eagle would have spotted you in front of a landscape of evergreens.”

Harriett opened her mouth to respond, but no words were forthcoming. The man did not even attempt to behave like a gentleman. How could he be so . . . so . . .

“Have you no apology to offer, sir?” she finally spluttered.

“Oh, did I not apologize? Forgive me.”

“For what? Forgetting to apologize or for not doing so in the first place?”

A USA Today bestselling author, Rachael Anderson is the mother of four and is pretty good at breaking up fights, or at least sending guilty parties to their rooms. She can’t sing, doesn’t dance, and despises tragedies. But she recently figured out how yeast works and can now make homemade bread, which she is really good at eating.

The Lost Heir by Allison Whitmore, A Young Adult Fantasy