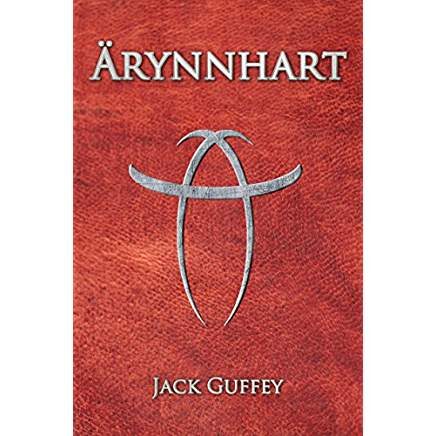 Arynnhart is a magical adventure perfect for Harry Potter fans by Chicago-based game developer Jack Guffey. Ärynnhart (Macmillan Pronoun; June 13, 2017) draws upon the familiar aspects of adventure, young love, and self-discovery. But unlike any other novel, this story focuses on two beings bound to the body of a young woman, communicating and interacting with each other in ways never before seen while uncovering the mystery of their past.
Lily Ärynnhart, a young college graduate, embarks on a journey of self-fulfillment after inheriting a body-controlling demon from her parents. With a time limit on the demon’s acclimation and forbidden from telling her friends, she’ll need to find the origin of the curse quickly, or die trying.
A Book Review by Vaishali
Lily Ärynnhart inherits 2 entities from her parents, Är which is the vocal part and Hart which becomes the part of her blood. Lily’s great grandmother had acquired them at an excavation site in Berlin and these entities have been passed down to the 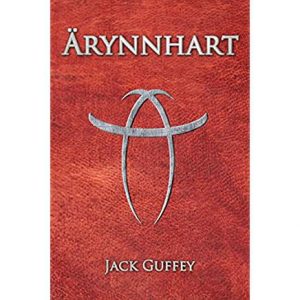 daughters of the family ever since. But the problem arises when Lily turns out to be an incompatible host as she is bisexual and that endangers Är and Hart’s survival due to the potential lack of progeny to pass on to and the death of Lily too in the process. The initial idea of the book was very fascinating but the book lacked in spark. “Är grunted in pain and Lily flinched involuntarily. “We will not be able to survive like this,” he said threateningly, with a hint of what sounded like fear. “We must find the cause, or else you must transfer me quickly.”

Lily and her father both looked shocked. “What?” Mr. Ärynnhart asked. “How quickly?”

Lily was already looking at her arm apprehensively as the writing faded in. Where 10 once held, Hart wrote, fewer than one remains.”

Normally, the moment someone would get to know that their life is in danger they would proceed to find a solution to avoid their death. But, Lily decides to continue with the trip she had planned ‘coz apparently she really needed a break. Even when she finally decided to go to Berlin to find the history behind her ‘curse’, she spent an awfully long time just painting and I understand that that is her passion and it soothes her but a girl needs to have some priorities.

“The distance was not what gave us life,” Är continued. “The greed was. We were meant for the leader of our land, but greed tore us from our purpose. We came alive, determined to return from whence we came.”

Later, when the story finally did come to the part about Är and Hart’s history and how they came to be it all gets really confusing. I don’t understand how on the mention of silver and Gold sword Alan just guesses it to be Japan. Then when they do head to Japan they go to an old mining site where they keep crossing one restricted area after the other and nobody even blinks. Very conveniently there is never any person of authority around. After reaching the depths of the mining site they find out Är and Hart’s story but discover a third entity that is much powerful and wishes to kill Lily, Är and Hart. Then, when Lily is moments away from dying Lily and Alan very conveniently know where to find the second sword and on reaching there Lily knows what to do next as if she had some epiphany.

Some other things that drove me crazy were:

1. How does Lily just faint/sleep randomly and end up making Hart and then Är whole again in her dream/hallucination without doing anything?

2. Lily’s character feels like it has been made bisexual just to create a progeny problem and still conveniently end her up with a male.

3. I don’t understand how does Är and Hart become a single woman when they started out as a sword?

4. Why are Är and Hart only inherited by the women of the family (and why is only one girl child born to all generations)?

5. How Alan, who till a moment before was so in love with Lily that he was willing to take on the curse for her (which he did) suddenly (and very conveniently) starts to develop a crush on the ‘humanified’ Är and Hart?

6. And the biggest question of all, How do you take a newly ‘created’ person back home with you without any legal documents (passport for example) and even an identity?

Overall, this book was full of plot holes, was very frustrating, confusing and continuously drove me crazy.