What’s Addison’s Tales all about?

Addison’s Tales is a highly imaginative storytelling world of fantasy and adventure filled with music, animation and illustration to give modern readers a very unique entertainment experience. The songs sung by characters in the tales can be obtained as sheet music and MP3s from www.addisonstales.com. Here readers can also download the Addison’s Tales ‘approductions’ for their tablets and discover new characters waiting to be placed inside future tales. Expect print and audio books to enhance Addison’s Tales in 2014 as the author reveals further facets of his storyworld that starts in the mystical city of Calladin and spreads into the realms beyond!

The Dream by C.E.Addison
I’ve often wondered where authors get their idea’s for the different types of character’s in their stories.lf you have ever wondered the same thing then I guess you have never been to Mack’s. 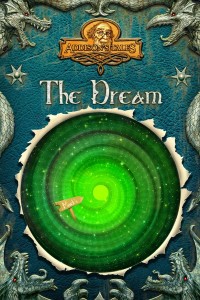 What’s Mack’s you ask? Well that would be Mack’s One Stop Character Shop (sorry about the tNorbit was supposed to fix that)
“The Dream” is a clever little story that I’m guessing will be the basis of future “Addison Tales”.It’s all about a Dream the author had and how he ended up in a shop (Mack’s) full of fantastical and whimsical creatures. Turns out this is theplace to goif you are in dire need of as previously stated certain types of characters for your next novel,short story or what have you.
The Addison Tales series sounds like a great idea mixing e-book’s,audio book’s and music together
Listen below to the begining of the Audio book.
[youtube