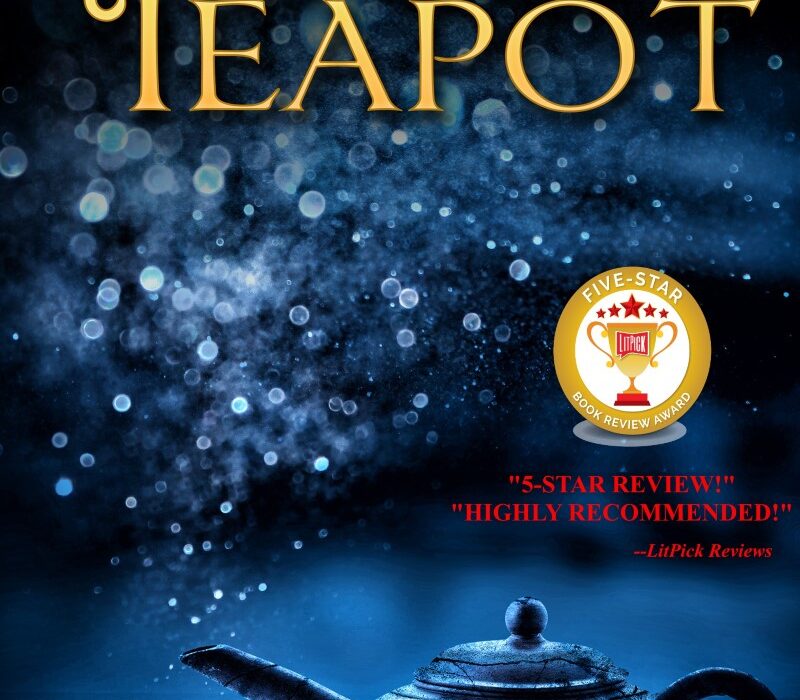 With Fred Holmes Author of

The story sprang from tragedy. My brother died very young and his death was very difficult for me. That was decades ago, and I’m still not over it. I wanted to write a story that would accomplish two things: help me through my grief, and help others as well.

All of the above. I always have an idea where I’m going. I’m a pantser who plans. Some people call that a plantser. My characters do have a great influence over where the story goes, and I always love being surprised by something my characters do that I hadn’t planned on.

The opening chapter is my favorite to write because it kicks everything off and draws my reader in. My second favorite chapter is the last one as it ties everything together.

A little of both. As I said before, the story came from my emotional reaction to my brother’s death, so emotionally there are a lot of parallels between what happens to my characters and what happened to me. The plot, however, came purely from my imagination.

“You did not hear them coming. You hardly heard them go. The grass bent down, sprang up again. They passed like cloud shadows downhill…the boys of summer, running.”

I have so many, and yes Ray Bradbury is one of them. But I also love Terry Pratchett, George R. R. Martin, Patrick Rothfus, Neil Gaiman, and so many others.

Many, but at the moment it is Natty Hatcher, heroine of the sequel to THE UGLY TEAPOT.

I’m currently writing the sequel to THE UGLY TEAPOT. It picks up where the first one left off and is basically the story of what happens to a small town in Tennessee when Aladdin’s Lamp decides to take up residence, offering anyone who rubs it three wishes.

So far my reviews have been great, so the toughest criticism has been that one of my readers got confused in one spot, but didn’t tell me where. I pride myself on my professionalism, so that has been driving me crazy!

That I touched someone’s heart and helped them with a past grief.

No. This is my first fiction novel.

I have heard from a lot of folks and they have been very encouraging. People compliment my writing style, saying it is fluid, easy to read, and fast! They also love my characters and my story. They especially love the surprise ending.

Conflict. You need something to resolve. And it needs to be universal—in other words, a conflict with which everyone can identify. And the stakes need to be high. The hero will suffer a horrible, life changing blow if they do not achieve their goal. And finally, in order to have conflict you must have a strong antagonist. In many respects an overwhelmingly powerful, deadly antagonist is more important than a strong protagonist. This is why underdog stories work so well. You have a weak, flawed protagonist who must overcome incredible odds to defeat the antagonist.

Character over plot, but both are important.

Travel. Fortunately my day job (directing films and television) has taken me all over the world, but there is still so much to see!

Hannah Bradbury opened her eyes, feeling forty, not fourteen. Every part of her ached: head, stomach, neck, back—which was weird because she had felt perfectly fine two seconds ago. Plus now she was freezing. That part, at least, made some sense, for it was cold outside and she was lying next to her cupola window.

But the weird part? —the seriously bizarre, mind-blowing part? —two seconds ago she had been lying in her bed across the room.

A good sense of story, a talent for dialog, a gift for writing description, and most importantly, the ability to edit yourself.

) I didn’t set out to write novels. Actually, I didn’t start out as a writer at all. I began my career as a di-rector in films and television, so initially I was taking someone else’s words and turning them into im-ages on a screen. That taught me a lot about what not to do. So, when the opportunity came for me to write my own scripts, I was more prepared than most. Screenplays (and teleplays) have their own unique language which is very visual, and because of its conversational quality, I found it relatively easy to master. I began in national TV commercials, then moved on to writing and directing television documentaries shot all over the world. From there I started writing and directing television, mostly epi-sodic, which led to writing and directing films. To date I’ve written and directed more than 150 televi-sion episodes (mostly children’s television), plus I’ve directed three feature films, none of which I wrote unfortunately. I say unfortunately because the scripts were not good, but I still had a good time

directing them. However, directing these films allowed me to meet some really cool people who helped me set up option deals on several scripts I had written on spec. Writing spec screenplays in Hollywood is a challenging endeavor, but I had a lot of encouragement from people like Lou Diamond Phillips with whom I co-wrote a screenplay, and Gerald R. Molen, who won the Academy Award for producing SCHINDLER’S LIST, and who would later option two of my spec scripts. During this time, a friend of mine who was writing a lot of Disney shows read one of my scripts and suggested I turn it into a chil-dren’s novel. The idea terrified me. You know how some actors feel starring in a movie is great for the money, but that “real actors” are on Broadway? Well, that was how I felt about writing scripts—that the real writers were writing novels—and I wasn’t a real writer. Anyway, my friend challenged me to try it, and that screenplay became my first novel, THE UGLY TEAPOT.

I guess I would want to say that as writers, our stories are gifts to the next generation, so make them good gifts. In a world in which so many people use their creativity to harm others, be one of those who gives something of value to others. Write stories that serve a grand purpose—that spread joy and happiness. I know I probably sound like a hippy from the sixties, and if I do, thank you for the complement. But those of us who write have been given a unique opportunity. We get to create worlds that have never existed, and to populate those worlds with flesh and blood characters who go on to accomplish worthwhile goals. If you do your job right, people all over the world, people you will never meet, will be impacted by your stories in a positive way. What a rare and beautiful gift that is.

The Artsy Girl – in Bronze by T.A.Pack Interview with the Author and Giveaway