The Little Girl Who Lived In The Well: Book Review 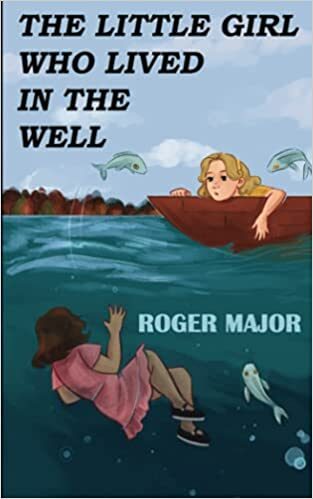 The Little Girl Who Lived In The Well

This is a story that the past effects the present in many ways.  Roger Major has written a middle school novel entitled ‘The Little Girl Who Lived In The Well’.  This is the story of two little ten-year old girls by the name of Emma and

Wendy and how they solved a very cold case.  This is a story of how friendship from different eras of time will meet with the belief of helping one another and their other relationships that are affected by their meeting.Roger Major has written a story that will bring out many emotions for the reader.  He is a writer who shows and tells how all the characters come together even through the use of technology.  My favorite part was when Emma is out on the lake for I could picture Wendy trying to make herself known in any way she could.  There was also another scene that I really liked was when Emma was teaching and showing Wendy all about the changes that has taken place since she died, and as in the use of the cell phone and using a camera phone.  The Little Girl Who Lived In The Well is a book that teachers could read as a relaxation tool in the classroom at the end of the day or even as a language arts lesson on writing a mystery.  This book could also be used as a grief counseling group on how to deal with many aspects of living life. _____________________________________

A simple holiday with her parents to West Virginia turns into a magical experience for ten-year-old Emma Hopkins. Who is the mysterious young girl she befriends? And why can nobody else see her? Why is this girl so drawn to Emma? And where does she really live? Captivating Emma with her special powers, she brings adventure and fun of a different kind into her holiday.
Discovering the terrible truth about her friend, Emma sets out on a mission to seek Justice for the cruel injustice that had changed her friend’s life forever.

Roger Major was Born and educated in Manchester, England. Roger’s parents separated permanently in 1965, and his father emigrated to Australia.

Roger enlisted in the British Merchant Navy in 1973, taking him on many adventures around the world. Discharged from the Navy in 1986, he entered the family’s retail business. From 1992 he found work in the hotel industry. Roger bought his first guest house in 1996. He emigrated to Cape Town in 2002 and opened a guesthouse. In 2006 he studied South African history and became a tourist guide.

Roger is married and lives in Cape Town, South Africa.