THE ALPHABET’S ALPHABET by Chris Harris

In the past we have featured different books on the Alphabet. So folks here is another one. Like the others THE ALPHABET‘S ALPHABET is a cute way to get kids to learn their ABC’S. A very colorful picture book that will capture any child’s imagination.

THE ALPHABET’S ALPHABET is actually quite unique in its approach. Here is a small sample ” An A is an H that just won’t stand up right, a B is a D with its belt on too tight, and a Z is an L in a tug-of-war fight! Twenty-six letters,unique from each other — and yet, every letter looks just like one another!
Always a huge fan of the DR.Seuss style of writing, I have always thought silly rhymes get kids interested in a book like this. This one works just as well. Thee silly pictures and Rhyming writing style fits the subject of the book. If you do  have a young child this is a great way to get them into their ABC’s. especially now while we are all locked up during Covid.

If you would like to try your luck we are giving away  a free copy to three people in our giveaway.  Just enter below for a chance … 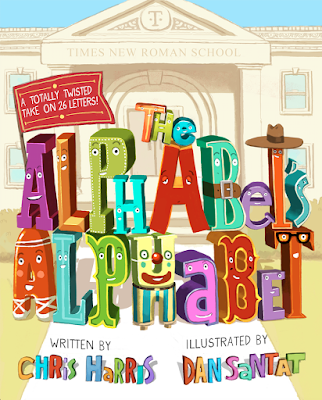 For fans
of P is for Pterodactyl comes this groundbreaking spin on the ABC’s from
an acclaimed, bestselling author and artist pairing!

Here’s a
totally twisted take (in a good way) on the alphabet that invites readers to look at it in a
whole new way: An A is an H that just won’t stand up right, a B is a D with its
belt on too tight, and a Z is an L in a tug-of-war fight! Twenty-six letters,
unique from each other — and yet, every letter looks just like one another!
Kind of like…one big family.

From two
bestselling masters of wordplay and visual high jinks comes a mind-bending
riddle of delightful doppelgängers and surprising disguises that reveal we’re
more alike than we may think. You’ll never look at the alphabet the same way
again!

3 winners
will receive a Finished Copy of THE ALPHABET’S ALPHABET, US Only.

Chris Harris lives in Los Angeles with his family,in the past he has written for  The Late Show with David Letterman and How I Met Your Mother. He has also written articles for The New Yorker, Esquire, ESPN, The New
York Times, The Wall Street Journal, and on NPR. He was also the author of the 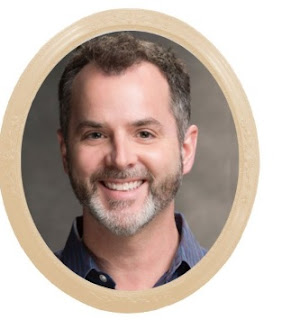 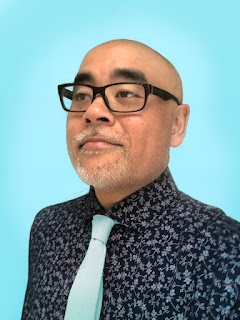 Dan Santat
is a #1 New York Times Best Selling Author author/illustrator of over one
hundred titles which include “The Adventures of Beekle: The Unimaginary Friend”
which won the prestigious Randolph Caldecott Medal in 2015. Other titles
include, Are We There Yet? and After the Fall (How Humpty Dumpty Got Back Up
Again)  He is also the creator of the
Disney animated hit, The Replacements. Dan lives in Southern California with
his wife, two kids, and various pets.

Prince Iggy and the Kingdom of Naysayer- a book Blast