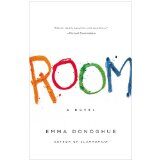 If you saw the Movie…

There was a time when we were infants and with our mothers all of the time, but as we grew older we were alone or with others, which doesn’t happen in Room because a five-year-old boy, Jack, and his twenty-seven-year-old mother, Ma, are locked in a room together day in, day out. They spend all of their time together, so much so that Jack, if liberated, might not even know how to 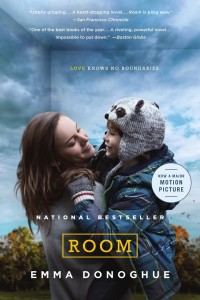 be alone! A man, Old Nick, their captor, comes to Room at night usually after Jack is asleep and brings them food and sometimes Sunday treats, which they ask for via a written list. Why are they here, the mother and the little boy? Is Old Nick a monster who has isolated them?

It’s a wonder that the two of them find so much to do in that Room! They watch Dora the Explorer on TV or measure the door frames, listen to music or exercise or play games that Ma has made up. To the boy there’s “real” and there’s “on TV” (unreal). He talks to himself in his mind (our narration) about Bed and Duvet and Skylight and Wardrobe, and his mother is always there with him, taking care of Stove and making certain that he doesn’t watch too much TV because he could “rot his brains”! Jack seems to not realize that there’s a world beyond this Room where people really play in the snow or ride around in cars or have friends and pets (he looks forward to seeing Spider, who makes little webs that his mother dislikes, or Mouse, although his Ma clogs up the mousehole). This story is an odd premise (although women have been kidnapped and forced to have children in isolation by social deviants), and we wonder what would happen when Jack reached puberty and maturity.

Once, because of an injury, I had to spend long periods of time in bed (but could still do my writing) and had with me, as my trusty companion, a female dog who was very compassionate and attune to my pain and my moods. I learned every coloring on her body (if ever lost, I could describe her to you perfectly) and I came to know what all of her sounds and positions meant exactly, but I didn’t always know what she was thinking! Room is written from the point of view of Jack’s thoughts (and also realized through dialogues with his mother) so that we can experience the parameters of his limited but very intense life.

Finally (through a series of incidents I’ll leave up to the readers to read by themselves) Jack and Ma are no longer in Room but Outside, Ma for the first time in seven years and Jack for the first time in his life. And everything is so entirely different, so much so that later Jack thinks, about Room, “It’s like a crater, a hole where something happened.”

Emma Donoghue has the ability to draw you in to these unusual circumstances by referencing familiarities from everyday life and creating an affection for Jack, who sees, because of his past, the world so differently than we do. It is also very easy to identify with the other major character, Ma, as she has tried to protect her young son and teach him how to live, unaided, for so long, but must now re-enter the world with her own post-traumatic stress. Ms. Donoghue builds and builds on the plot until we’re entirely at ease with Jack’s way of thinking and can only wish for him that he will eventually fit in. Excellent writing, and just about everyone will love this book!

Room, a novel by Emma Donoghue, published in paperback on September 13, 2010, by Little, Brown And Company, 321 pages.Available on Amazon