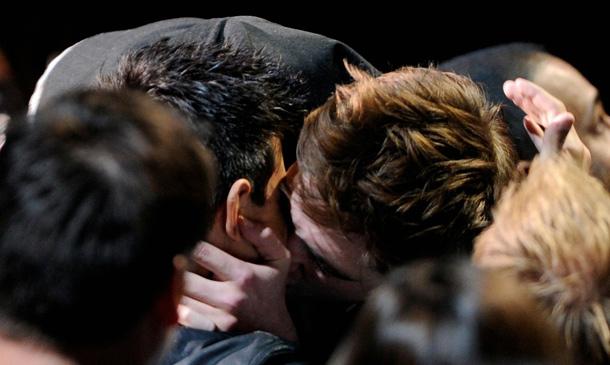 “I feel bad because I don’t feel like kissing you,” Pattinson said to Stewart onstage after winning Best Kiss. After telling Stewart, “I just think there’s someone else in the audience who I think will appreciate it a little more,” Pattinson rushed into the audience and tongue-kissed Taylor Lautner.   Stewart mumbled, “Oh man, this is silly,” as Pattinson ran offstage.

The Twilight crew has been cashing in at the 2011 MTV Movie Awards. Not only did they win Best Kiss, they also took home Best Female Performance and Best Male Performance.