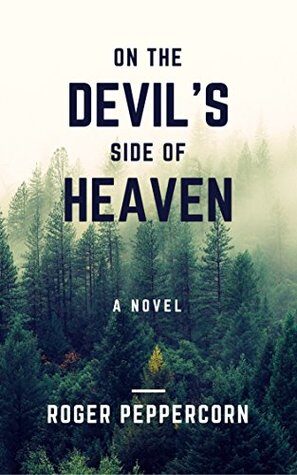 Cast not others on the devil’s side of heaven, lest you be cast in with them.

In the action-packed thriller, On the Devil’s Side of Heaven, author Roger Peppercorn has woven an entertaining tale of a chance encounter that reunites estranged brothers-in-law and sets them on a collision course of violence and retribution. Hunted by contract killers, the law and corporate bag men, they are pursued across the barren adobes and sweeping vistas of the Mesa Valley in Western Colorado. 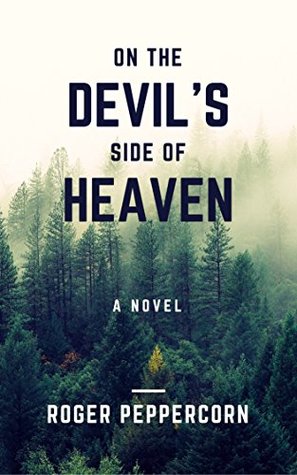 I hate to use a Book Review “cliché” like this BUT! On the Devil’s Side of Heaven is simply a damn good Page Turner. An action thriller type that gets you right into the action. From the very start you get a very good Idea about who Walt Walker (Ex-Cop) is and how he got to where he is at this point in his life. Turn a few page and we see Ronald Jacobs and his wife (Walt’s Sister) getting their house shot up in an attempt to kill Ronald. Ronald is, or was a Hitman or “Human Resource Manager” as he prefers to call himself. He thought he left that life behind him but it turns out someone put a hit out on him.

The back story is well written.I think the backstory would make another great read.These characters are real.Throughout the book we learn a little bit more about the history and friendship of these two guys. Walt and Ronald grew up together as best friends. Somewhere along the way they took quite different paths. One became a Cop a the other a Hired assassin. This makes an interesting dynamic. We also learn there is a great strain on this relationship.

It’s really a great thrill ride through the Colorado countryside. Very fast moving.For some reason somebody wants Ronald and by association the people around him dead! WHY? That’s the thing Walt and Ronald aim to find out.When the action starts it does not stop till the end. I don’t know what’s better ,the action of the hunt or just the crazy and funny relationship between these two guys.Do they hate each other or lifelong best friends? Roger Peppercorn has sprinkled the humor throughout the book. Mostly Walt with his clever sarcastic one liners.

This is the first book by Roger Peppercorn and I will certainly be on the lookout for his next.

His first novel, On The Devil’s Side of Heaven, and his upcoming novel, The Sometimes Long Road Home, take place on the western slopes of Colorado, in the sleepy town of Fruita, where he grew up. They center on the strained relationships and sordid histories of three characters, Walt, Ronald and Jessica, and the violence that erupts around them. Roger is married and is a father of four beautiful children. He currently calls South Dakota his home.

With the drop of a judge’s gavel, Walt Walker has officially lost everything. The one-time police officer is now without his badge and gun and the moral certainty of right and wrong that had kept him grounded. He has also lost his wife and his two kids to her new boyfriend. Even his sister has turned against him, and it’s all because of his ex-best friend, who also happens to be his brother-in-law. Now Walt, sans gun, gets his badges from an Army Navy store and spends his days in South Florida, working for a boutique insurance firm as their investigator. He spends his nights in dive bars, trying to forget the mess he has made of his life. Meanwhile, retired hitman Ronald Jacobs is living in the shadows as a respectable gentlemen farmer, far from the reach and pull of his past life. With Walt whiling away the hours as an insurance investigator and Ronald living the simple life on a farm, what could possibly go wrong?

Vera McLuckie and the Daydream Club by Jane Evans

I Am a Stranger Here Myself : a Memoir by By Debra Gwartney