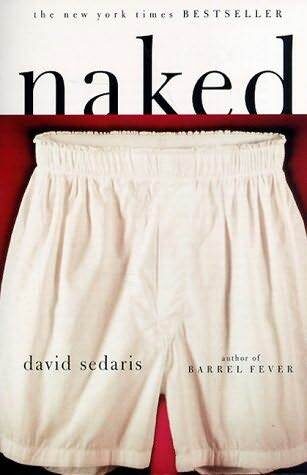 David Sedaris stands among the authors of modern bestsellers in the category of belles-lettres. He became a writer when he was 40 years old. His debut in humoristic prose genre brought him success soon enough. He was called a humorist of the year in 2001 by Times magazine and in 2004, his book titled as Dress Your Family in Corduroy and Denim climbs the first line of the New York Times list.

author`s family. Crazy parents, even crazier grandmother, whose image restores frightening fairy-tale’s characters. Plus some total bystanders each of whom would not mind to kick a narrator`s ass. in the memory. The ability to notice unusual and funny things in common situations at the first sight makes a literary Sedaris manner one-of-a-kind. Those are stories about our unusual typical life.

Admittedly, that Sedaris is open but at the same time he is afraid of risky and simply dangerous situations but he keeps calm. This being calm turns out to be a serious obstacle for discomfiting force and circumstances, which were to break the author down.

Put it simply, life of the stories author is tough to him testing to the limit by poverty, contempt of surrounding people, and flashes of violence on their behalf hurling together with degenerates of different degrees but the hero does not care. Almost. He just lives through the suggested subject-matters so he could put them on paper.

Literary recognition came to Sedaris at a mature age. In this book he looked at the world on the other hand, showed our strange desires and secret motives, the most different probabilities and characteristics.

Sedaris is compared to Stephen Fry so often that it has become a common place. Well yes, a gay with an excellent sense of humor writing about his family feeling no sorry for anyone and himself in the first place. Besides that, artistic by nature he was a permanent panelist of cult Chicago This American Life radio show, did shows of his own on the radio.

What else? He is successful. Out of 7 collections of stories, 5 were getting to the list of bestsellers by The New York Times. He has columns in the magazines (The New Yorker, Esquire). Just like Fry, he represents a non-title nation, being of Greek origin. However, unlike Fry, Sedaris is not considered to be a national treasure in his country. Besides that, his style is simpler that his British colleague manner of writing. As simple that it borders on documentation and no surprise, that Sedaris book goes in category of non-fiction sometimes.

It is difficult to say how good Sedaris is as a reader and a radio presenter but he writes well. Continuing Mark Twain`s traditions, composes America, which is filled with pretty and absurd heroes and which so pretty it is impossible not to love.

About the author: Melisa Marzett is a great author of plenty publications. Working for essay corrector academic editing services, she enjoys the process of writing very much. She would want to believe that she becomes a great contributor.  So far, she did not have any reasons to have any doubts about it.