How Can We Write Memoir From the Heart Yet Still Respect Others’ Privacy? 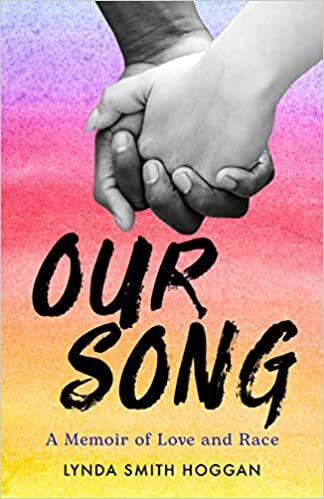 How Can We Write Memoir From the Heart

Memoirist Lynda Smith Hoggan has grappled long and hard with this dilemma.  Her new book Our Song: A Memoir of Love and Race, draws on beautiful, poetic letters from her college lover.  Her heart told her to include their text; but to do so would have been a violation of copyright law.

“Write from the heart”: it’s a mantra every writer knows well. But what if the contents of your heart come up against societal constraints that prevent you from expressing them fully or honestly? 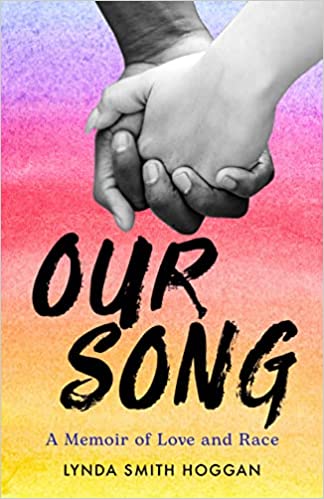 As a memoir writer, I have grappled long and hard with this dilemma. My new book Our Song: A Memoir of Love and Race, tells the story of my first real love affair as a college student in 1972. But there are controversies in my book—some I knew, and some I found out—that required me to do more than just tell a sweet story of young love.

What I knew: when I started seeing this man, I already had another boyfriend. That first boyfriend also cheated on me. Even more central to the story, the man I really loved grew tired of waiting for me to end things with the first man and broke the code, “don’t date your lover’s friend,” while a girlfriend of mine went against the other side of that code, “don’t date your friend’s boyfriend.” These events created havoc and left behind heartbreak that would last for decades. But how much would I tell of the wrongs we did to each other?

In addition, one of the keystones of my story was this: because our colleges were six hours apart, and we couldn’t even afford long distance phone calls. Much of our relationship took place through the US mail. My lover was an athlete who identified more as a jock, but his writing showed that he had a bit of the poet in his soul, too. He opened his heart about how he felt about me, with expressions of shy longing, gentle teasing, sexy double entendres, and meaningful song lyrics, late at night when we were both missing each other so. Yes, I had to include his words in my book.

Legal Issues in writing a memoir

What I didn’t know: shortly after I started writing the book, I attended a writing conference where two of the lectures on the program dealt with legal issues in writing a memoir. I had heard the words slander and libel that sometimes spurred lawsuits, but I didn’t know the difference between them. Could they have anything to do with my book? Turns out they could. Libel is the more obviously applicable, as it deals with defamatory statements about someone that are put in writing, while slander pertains to defamation that is oral. Simple, right? Not really. Because what constitutes defamatory gets complicated: harmful to one’s reputation, but in what ways? Many, which can include imputing that one committed a crime, has a disease, was unfaithful, failed to perform employment duties, and more. Even slander is not ruled out, because a writer might make verbal statements that could be equally questionable.

Furthermore, I also got introduced to invasion of privacy as protected by the 14th amendment to the Constitution. It means that people have a right to live private lives without public scrutiny. But how much should remain private? Obviously, I wasn’t going to print anyone’s address or telephone number. But there’s also whom we marry, who our children are, where we work or go to school or church, organizations we support—the list seems endless.

Most shocking to me, I found out that I could not just quote my lover’s beautiful letters. Why not? After all, I was writing from the heart, and my heart told me that to include them was absolutely essential to telling our love story. But to do so without his permission would be a violation of copyright law, which says that even though I own the physical letters, he owns the words that he wrote. And later I would learn that the same goes for emails and text messages, too.

I felt discouraged as I asked myself the question, how was I going to write a memoir from the heart with all these considerations? I realized I had to make some thoughtful and informed choices. Here are some of the ways I approached these delicate issues.

The first thing I did was to tell my lover about the book. He said that it made him uncomfortable, but he didn’t ask me not to write it. If he had, that would have given me a whole new dilemma. To address his discomfort, I asked him if he wanted to collaborate with me on the book. He did not answer, which I took as a no.

Next, I felt that I needed to conceal his identity as well as that of other key characters in the book. I changed details such as their names, the cities they lived in, their schools, the type of employment they had, and even some physical characteristics. At first it was difficult. It felt weird, like I was not being authentic. Especially with my lover’s name, a name that had always sparked joy in my heart. Suddenly he was not himself, he was “Jonathan Thomas.” But as I became more committed to believing that this story could be an actual book in someone’s hands, it got easier. I still loved Jonathan Thomas and knew I wanted to protect him from anything he didn’t want. I also wanted to reduce others’ public scrutiny, as well as protect myself from possible legal action.

But what about protecting myself from the judgment of readers? After all, I had cheated on one boyfriend and not done right by another. I talked of my experimental drug use and one foray into selling drugs. I admitted to some plagiarism that I engaged in as a college student. I’d lied to my parents regularly. I also protected my roommate when she committed what was probably a crime. I’d even provided women with a way to end a pregnancy scare by bringing on a late period, long before the “morning after pill” or Plan B were legal. These were not things I was proud of, and I knew I could be judged harshly for some or all of them. Should I lie? Or just lie by omission?

This is a very personal decision, one that every memoirist faces in writing a memoir, and one that some writers no doubt handle differently from me. I decided that for me, writing from my heart means talking honestly about what really happened. And all I could do was to tell the truth of what was in my heart—which I believe was never a bad heart, but sometimes a young and misguided one. If some still criticize me for that, so be it.

Still looming was the issue of my lover’s letters. I asked him another question, which was whether I could use them, and again he didn’t respond. By then I’d written enough to show to my writing group. And you know what? They didn’t enjoy reading his letters! They said they took away from the “real story,” which was my words about what he wrote, and my words about how I felt about him.

So, what I decided to do was to include very little of the letters and paraphrase what I did include. I kept his salutations (greetings) and valedictions (goodbyes), paraphrased of course. And then I borrowed only the most important lines he wrote to me, and I reworded those, too. I still feel that my words are not as clever, creative or just plain sweet as his. But I have to be satisfied with what I came up with, and I can still read (to myself) his real words any time I want. I went on to do what my group members suggested, that is, write more about how those words made me feel.

I still came across some gray areas. One was how honest to be about the peccadilloes of others, even with their identities concealed. These gray areas, I believe, beg the question, “what is the high road, and what is the low road?” Here’s one example. A key character in my book had affairs with married men; should I include them? I grappled with it and finally sought counsel from two friends, a much-published author and a therapist. They gave two diametrically opposed answers! The author felt that taking the high road meant to not reveal it; “it’s not pertinent to the story.” The therapist, on the other hand, felt that revealing their marital status was important and therefore was not low: “it shows her character.”

Which road do you think you would choose? In the end, the writer gets to decide. But s/he also has to live with those choices, both legally and ethically in writing a memoir