He Named Me Malala a heroic story 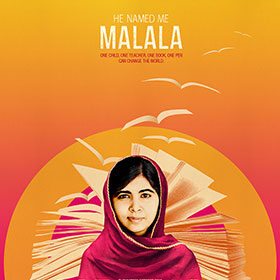 He Named Me Malala

It’s an election year here in the U.S. I can sit in my living room and watch the debates with all the Presidential hopefuls.As they all debate back and forth on their different idea’s and philosophies on how to improve America it all seems quite ridiculous when you hear of how others live in other parts of the world.Here in America we take many things for granted.Certainly one of those things is education.That very thing we all take for granted here is not available for others all over the world especially for women.

This is the story of a Young Lady named Malala

I Am Malala: The Girl Who Stood Up for Education and Was Shot by the Taliban 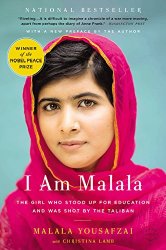 Malala was   born in 1997 in Mingora, Pakistan. Her father, a teacher and a founder of a school, was determined to give her a good 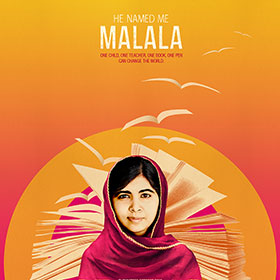 education. Following her father’s example, when the Taliban began to suppress and destroy schools, Malala began to speak in defense of girls’ opportunities for education. Despite  threats from the Taliban, she continued to blog, speak, and give interviews promoting her beliefs.

On 9 October 2012,  a masked gunman entered  Malala’s  school bus and asked for Malala she was then shot with a single bullet which went through her head, neck and shoulder. Two of her friends were also injured in the attack.

Unfortunately for the Taliban Malala survived the attack, but was in a critical condition. She was moved to the United Kingdom for treatment at a hospital that specializes in military injuries.

The Taliban’s attempt to kill Malala received worldwide condemnation and led to protests across Pakistan. In the weeks after the attack, over 2 million people signed a right to education petition, and the National Assembly swiftly ratified Pakistan’s first Right To Free and Compulsory Education Bill.
I was given the opportunity to watch a DVD of her story and all I can say about it is that it is an amazing story of strength ,courage and determination. What this girl went through for  the right to go to school is amazing.  In this movie we see her life at home with her family and her struggles before and after her the tragic attack on her life.It’s really pretty hard to believe that the Taliban felt so threatened by a little girl like this. All the attack did was bring her story to the forefront so it backfired on them.Watch this film from attack to Nobel Prize.

Her story He Named Me Malala will be Broadcast worldwide by National Geographic Channel   on Feb 29, 2016 at 8pm EST. 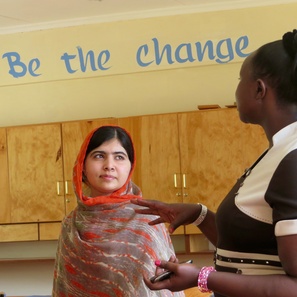 Please make time for it.Also join us in supporting the Malala Fund as National Geographic will be running a campaign on Twitter, with 21st century Fox donating $1 for every tweet that includes the stand  #withMalala hashtag between now and March 10 So start TWEETING! The Facebook and Twitter campaigns will raise up to $50,000 for the #Malala Fund. And again don’t miss “He Named Me Malala” which will air commercial free on the National Geographic Channel on Monday, Feb. 29, from 8/7c to 10/9c in the United States and globally across 170 countries in 45 languages.

Acclaimed documentary filmmaker Davis Guggenheim (An Inconvenient Truth, Waiting for Superman) shows us how Malala, her father Zia and her family are committed to fighting for education for all girls worldwide. The film gives us an inside glimpse into this extraordinary young girl’s life – from her close relationship with her father who inspired her love for education, to her impassioned speeches at the UN, to her everyday life with her parents and brothers.

This is a sponsored post on behalf of Review Wire Media for 20th Century Fox. I received information to facilitate my review as well as a promotional item to thank me for my participatio

Disclosure of Material Connection: This is a "sponsored post." The company who sponsored it compensated me via a cash payment, gift, or something else of value to write it. Regardless, I only recommend products or services I use personally and believe will be good for my readers. I am disclosing this in accordance with the Federal Trade Commission's 16 CFR, Part 255: "Guides Concerning the Use of Endorsements and Testimonials in Advertising."

Tags: book giveaway, davis guggenheim, documentary, Giveaway, giveaways, He Named Me Malala, I Am Malala: The Girl Who Stood Up for Education and Was Shot by the Taliban, Malala, Malala Yousafzai

The Grace of God a DVD review