Eric The Spider : a Picture book by Elaine Madle

The Adventures of Eric the Spider

and Illustrated by Shaun Madle 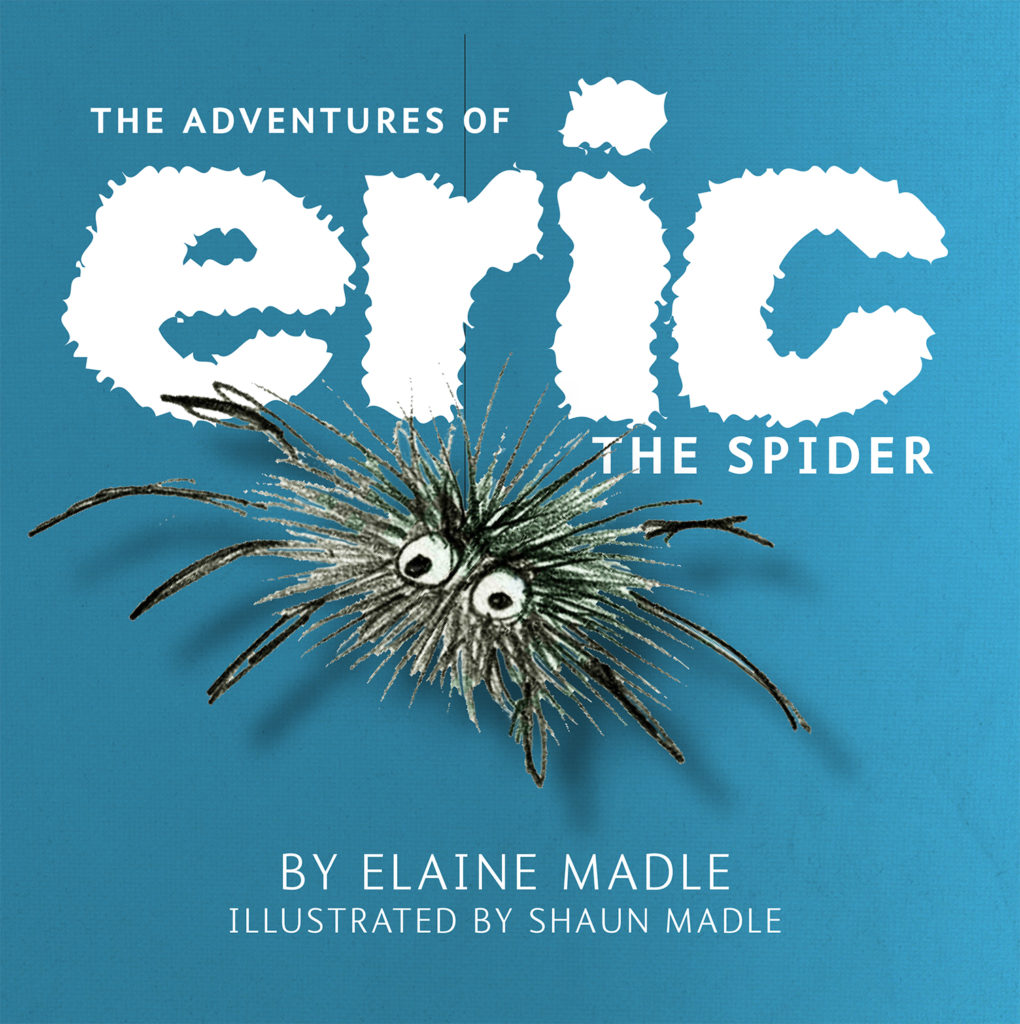 How Eric came about by Elaine Madle

Everyone knows a friendly, cheeky, chappy who is always willing to help. Eric was created with not just one person in mind, but from a combination of my own character and other people whom I have encountered along the way.  The night Eric was created, was inspired from a real life encounter.  This huge, hairy house spider/beast was peeping from behind the curtain, and I convinced myself that he was watching me.   I found myself in a dilemma as at that time I was terrified of spiders and as I was in the house alone, there was no-one to save me. Every time I moved, he seemed to be on his guard and ready to run, and when I settled he would peep back out again, like a child playing hide and seek.  It is against all my principles to kill anything living and as the saying goes “if you want to live and thrive, let a spider run alive”.  Feeling uneasy, I couldn’t rest until the spider was out of the house.  I began to chuckle to myself which eased my anxiety of this hairy beast.  I gradually relaxed and plucked up the courage to capture him, and with my spider catcher at hand, he was trapped.  I said “hello, you’re on your way out” and released him in the garden.  Thinking he would leg it, I was surprised when he didn’t, in fact, he turned around and looked at me. I could hear him say in my head ” Thanks for that, i’ll be back” He then ran towards my grandson’s bike. I saw a comical, playful character within this spider and my own sense of humour came into play.  I started to laugh once I’d imagined him shooting off on the bike and being chased by a policeman.  Once my imagination kicked in, it was irresistible to not continue this imaginary friendship with this hairy beast, who had somehow made me feel at ease.  Through imaginary telepathy, he told me his name was Eric and we were going to have many adventures together.  Through the stories it has become apparent that Eric has developed his own character, as Eric is a fictional character, he is a true, free spirit. He is not governed by our laws, regulations and boundaries.  He is able to take off on a whim and borrow a bike with every intention of returning it.

In future adventures we see that not only is Eric naughty and cheeky, he can also be a little bit cowardly, especially when he feels his life is threatened.  He holds a grudge and wouldn’t think twice about seeking a revenge but with a little persuasion, he will listen to reason.  Eric has a variety of friends and is extremely social, there is always  a gathering or event which Eric will quite happily be involved in.  He finds pleasure in throwing surprises and enjoys a good meal.  He is particularly partial to fried lice and fly followed by a lemon and lime.  All in all, Eric is a part of someone we all know, and secretly admire.

I love a Picture book written in a rhyming style. It just so happens Eric the Spider is one of those. Now, you don’t have to like Spider’s (who does?)to enjoy this book. Although I did offer it to my eight year old Grand Daughter but she didn’t want to read about a spider. Too bad for her as it was quite good. The illustrations by Shaun Madle are really quite good and add very much to the silliness of the stories. I say stories because there are actually three stories about Eric. The first is a very silly story about Eric the spider on the run from the law. Then another when he goes on a camping trip and the third was is Birthday Party complete with ants on a stick and yummy Moth Broth!

I like that there are three separate adventures for Eric in this book. They are perfect for quick little bedtime stories.I just hope they don’t make spider dreams. They will get that imagination going in the kiddies and they will love the silliness of the book. It’s written in a very easy flowing nature. Young children will have no problem reading this charming little Picture book. 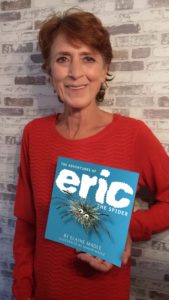 Living in Essex, Elaine Madle works as a support worker for adults with learning difficulties. In her spare time she loves creating stories especially since becoming a grandmother for the first time. Her brother and illustrator Shaun Madle who has always been supportive of her writing has provided a series of unique watercolour illustrations in order to bring her characters to life. 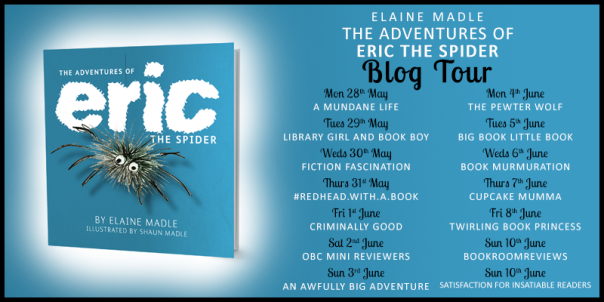 Billy and the Monster Who Ate All The Easter Eggs