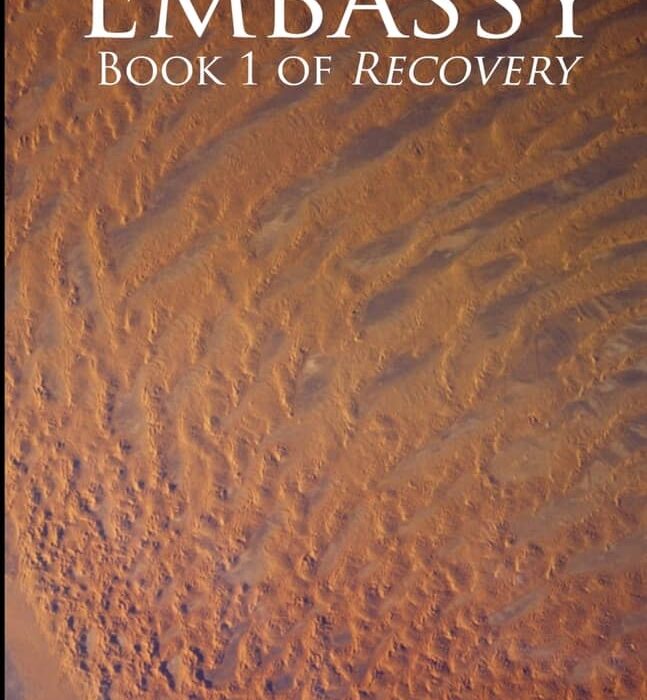 Interesting book! Although it is a Sci-Fi novel you don’t need to be a fan of that genre to appreciate the story or the work the author put in to this book.At the core the concept is pretty cool.A futuristic Galaxy with many inhabited planets connected by a common coalition (think United Nations). I’m not sure how far into the future we’re talking but the story starts in 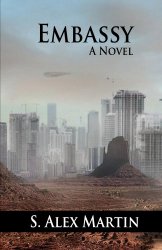 Standard year 4319 so take it from there.Needless to say it’s pretty far in the future.
So like I said you don’t have to be a Sci-Fi fan to enjoy this one.As it takes place in the future but it could easily be right now.It’s about the story and character’s not all kind’s of outlandish inventions and gadget’s, The planets are inhabited refreshingly by Humans not crazy “Star War’s” creatures.
The main Character is a young man named Arman. What I see as an interesting twist is that he is not very likable in the beginning.I see him as self absorbed and full of self pity.Yes he has a few personal problems and is trying to recover from a great tragedy in his family.But c’mon DUDE lightin’ up.
The author S.Alex Martin has built strong interesting characters.They seem real and believable.As you get further into the book you can see the characters growing and maturing.Even the uber self confident Glacia has a few life lessons ahead as she and Arman get through their own personal struggle’s.We get to see a young man grow and come to realize that maybe true contentment comes from inside while dealing with the realities of life and not hopeless dreams of what might be.You must open yourself to your surroundings and the people that try to get close to you and not shut everyone out.
My grand daughter is obsessed with Disney’s “Frozen” (like every other little girl)and the main character in EMBASSY Arman reminds me of Elsa.She doesn’t find peace and contentment either until she opens up and lets others in.

One of the author’s personal interest is astronomy and it shows in his writing as they travel through the outer reaches of the galaxy.His writing makes keeps you aware of the different characters lives and stories while at the same time makes you think what the future realistically could be like.Space travel,dying planets,what will become of the Human Race.
All in all it’s a very good and enjoyable book for this young author and I look forward to book two in the series. Which by the way as of this posting he just finished a week ago.Next up by S.Alex Martin ” RESONANCE” book two

Clifton Chase and the Arrow of Light Jaimie Engle

What’s the Deal With… Teens and Time Management?