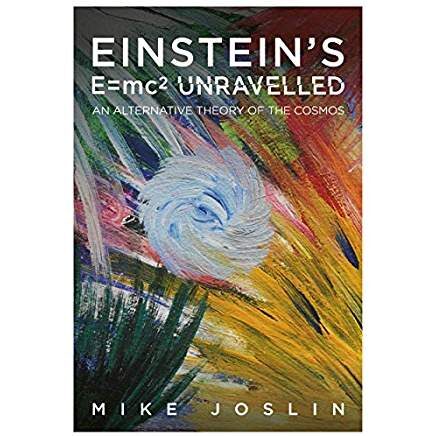 I think it’s fair to assume that although writing is thought of as an ‘art’, in general the written word is used only as a means of communicating ideas and substance. This isn’t to say that writing cannot artistically elicit emotion in a reader; very often it does. Generally speaking though, writing boils down to an effort to tell a true story or create a myth; other forms of art use far less tangible means of self-expression but can be just as poignant.

I’ve attended practical classes in writing, painting, pottery-throwing and glass fusion. I even produced a half-decent bit of marquetry during a Christmas break. The teachers I most appreciated concentrated on explaining appropriate techniques and methods and left the process of transformation from learned practical skills into creativity to their students.

Perhaps writing is only a practical skill and what we creatively commit to paper is merely one’s unique interpretation of reality. I seldom felt inspired with what I painted during class-time but sometimes wept in delight at what I allowed myself to produce at home in isolation. This was despite knowing that I would probably be its only appreciative observer. Pure narcissism you will think!

I undertook those courses for my own personal satisfaction, and not necessarily to obtain kudos. Of course, it’s always nice to receive accolades from experts; they boost my ego. However, I found that my tutors were often more interested in projecting their own styles instead of encouraging me to develop my own. One of them who ran a writing class spent all her time telling us how to commercialise ourselves by writing specifically to meet the preferences of a particular medium or its clientele. This was like suggesting I prostitute any writing talents I might have to suit the market. I can’t argue with that since ‘Shades of Grey’ proves her point but personally I prefer to write about what interests me and let people make up their own minds about it.

The best advice I had some years ago from an acclaimed author of travel books was always to describe the emotional and ascetic effects on me during any journey, mental or physical since this is what connects me with my readers. He told me that every tourist spot on the face of the earth had already been described in eloquent detail a thousand times in a thousand ways so it was a waste of time devoting oneself entirely to descriptive narrative. It soon becomes boring.

One thing became very clear to me even before my first book of short stories was published in 2012. Unless an author is a celebrity or an otherwise featured individual in the public domain, there is little chance of his work selling in large numbers. Fortunately that was never my expectation so I found the whole process great fun. Nearly everyone I knew who read it told me how much they had enjoyed it. Anyway, becoming a celebrity can bring health threats as well as having dubious social benefits as I will explain. One thing really pleased me. Copies I left in charity shops flew off the shelves!

One of my short stories deals specifically with how medical experts have discovered a very tiny area of the brain which reacts to changes in our self-perceived social standing. They appropriately called it the Celebrity Gland and it can either swell or shrink according to the social status of those surrounding you. Apparently, getting too close to a celebrity like HRH Prince Charles for example, can cause it to become overstimulated and inflamed causing ‘Celebritis’. This is a state of unreality and psychological problems may ensue. Just ‘rubbing shoulders’ with Him could be ‘fatal’; worse still, think what a stay in “Love Island” or “I’m a celebrity, get me out of here” would be like! This raises an important point. Has the defining point between celebrity and notoriety become too blurred to recognize now?

This enigma pervades Modern Art. For instance, who but Tracy Emin could sell a soiled, unmade bed decorated with used condoms, discarded lingerie and a bit of lipstick on the pillow for over a £1.3 million. Needless to say, personal unmade upgrades are available on order. I can’t get more than £50 for our double bed but all that might change!

In the Tate Gallery a few years ago, I saw a boring rectangle of incongruous blue paint displayed as an example of genius. Apparently one has only to stare at it until you see shapes appearing. I do that in my steamed-up bathroom mirror every day! Could I exhibit my steamed-up mirror and become famous?

Seriously, some years ago I became interested in philosophy and I have attended regular lectures on the subject. Without a doubt, Baruch Spinoza is my favourite philosopher of all time. When he was first introduced to me by my tutor, I spontaneously said out loud, “Now he is my kind of guy”.

Here are a couple of his sayings. If they don’t bring a tear to your eyes, I’m talking to the wrong audience.

“The more you struggle to live, the less you live. Give up the notion that you must be sure of what you are doing. Instead, surrender to what is real within you, for that alone is sure….you are above everything distressing”.

“Of all the things that are beyond my power, I value nothing more highly than to be allowed the honor of entering into bonds of friendship with people who sincerely love truth. For, of things beyond our power, I believe there is nothing in the world which we can love with tranquillity except such men”.

This brings me to the point of this piece. I am increasingly unable to logically relate the Cosmos which exists round me to what I am fed with by scientific community and I’m tired of reading about their ‘mind experiments’. This prevents them being less-admiringly viewed as what they really are; exercises in imagination. We can all do that; you don’t need a degree in astronomical physics to do so!

I have therefore, published my new book offering my own views on the reality of our existence, myths, religion and our presently dubious presence on this beautiful planet. It is controversial to say the least.

Mike Joslin throws a powerful ‘hat’ into the ring in a philosophical and scientific challenge to existing beliefs on the nature of the Universe. 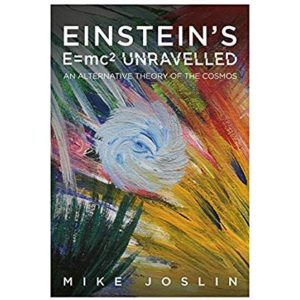 He suggests that the scientific community has been struggling in a ‘straitjacket’ of its own making, by persisting in the belief the Universe is expanding, against tangible evidence that it isn’t.

He suggests that an eternal and infinite Cosmos surrounds us and maintains a constant ratio of equilibrium between matter and energy and that ‘free’ energy is totally invisible in a state of Singularity.

The overall status quo allows ‘microstate’ variations everywhere, but Mike is worried at how far we have already strayed from the Cosmic ‘norm’. He emphasises the wonder of Nature and argues for showing it more respect: it isn’t providential but has a rhythm we should abide by.

We have already had several ‘wake-up’ calls due to global warming. Our beautiful planet needs actions now, not political obfuscation.

Mike claims that all material entities constantly exchange energy and thus we are all partly ‘entangled’ with everything that is and ever was – a good reason to believe that ‘what goes around, come around’.

Mike Joslin spent the early part of his career in the fuel industry in both the organic chemistry research, chemical engineering and operational sectors in UK and the Persian Gulf.  This was followed by 9 years with Shell in fuel development, 2 years in Australia setting up a boiler manufacturing agency and 4 years as a Senior Officer with British Gas negotiating Natural Gas contracts with industry.

Following a 5-year spell as a factory General Manager and Company Secretary he and his wife became self-employed in 1981 and started up a new business in water treatment. He subsequently had a patent granted in the area of scale and corrosion protection which successfully transformed an off-shoot company into one of international status. This was sold in 2005.

Since then Mike has enjoyed many interests, sport and hobbies including obtaining a pilot’s license and an instrument rating. Recently, he had two new patents granted in the field of water purification using environmental techniques.

He has three grown-up children and lives with his wife of 41 years in Dorset.

This book is available to purchase from Amazon

Ronald Dahl Ghost Stories and other spooky books for kid’s