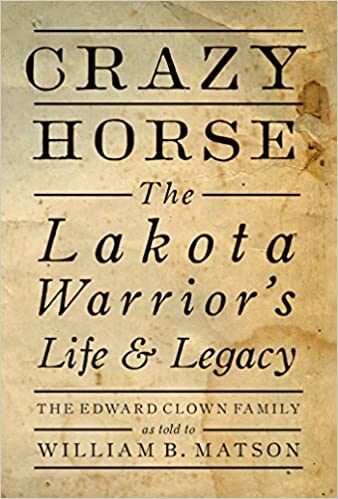 Crazy Horse! The Lakota War leader. Most American history buffs are well aware of who Crazy Horse was. At least they think they know who he was. This is not just a book about the one Lakota Warrior we think we know. It is about the history of the name itself. The men that were named Crazy Horse. What the name means. 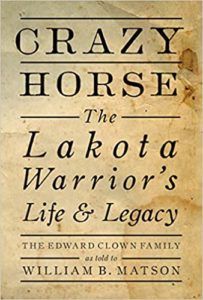 This is the story told to us by the decedents of the famous Lakota Warrior. Floyd Clown, Doug War Eagle and Don Red Thunder tell the oral history as it was told thru the generations. It is a great telling of the Heritage, culture and history of the Lakota People.

Unfortunately it is a story that was repeated time and time again. The way the indigenous people of this Continent were treated. From the moment the Europeans came to the new world. Whether Spain conquering the Aztec, or the English first settling in Jamestown among the Powhatan People. As the American settlers moved west the worst it got. These people are now called Native Americans. But as Floyd Clown says they were here long before America was even thought of. Hundreds if not thousands of years.

Crazy Horse the Lakota Warriors Life & Legacy is a must read for anyone that is interested in the real story of Crazy Horse and his people.. Yes it does go into Little Big Horn and Custer for those that only know that part of the story. But this book is so much more than that.

The family clarifies the inaccuracies and shares their story about the past, including what it means to them to be Lakota, the family genealogy, the life of Crazy Horse and his motivations, his death, and why they chose to keep quiet with their knowledge for so long before finally deciding to tell the truth as they know it.