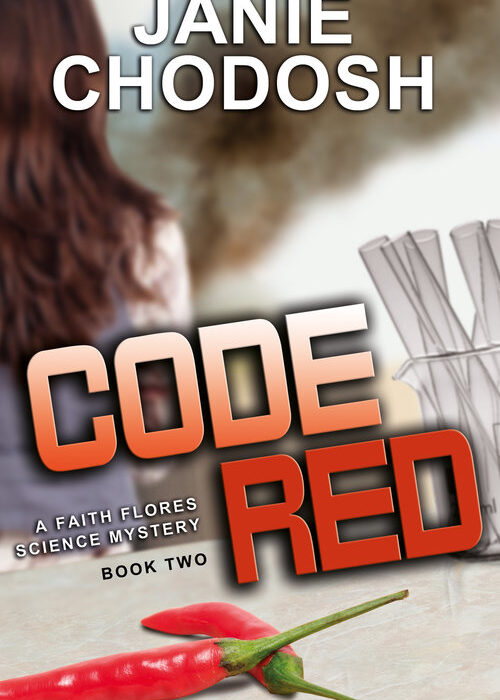 Even though I did not read book One I felt the author catches you up with the backstory without being overly repetitive or boring. Faith Flores is an intelligent seventeen year old girl who grew up in Foster homes never knowing her Father. Her drug addict Mother who was murdered in book one never talked about him so Faith always assumed he was just another deadbeat Dad that never had any interest in knowing his daughter.For this she grew up hating a man she never knew. 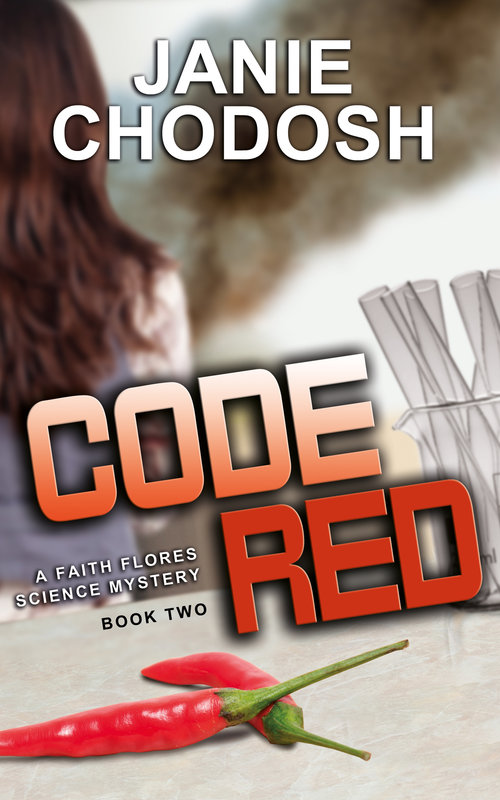 Being a smart young lady from Philadelphia interested in science Faith earns a summer internship to work in a research Lab out in New Mexico. The Salazar Center for Plant Genomics in Santa Fe, New Mexico. What she finds in Santa Fe will change her life for ever.While in Santa Fe she believes that is where her Deadbeat Dad was from, so naturally she decides to see what she can find out.Growing up in foster homes Faith never really had a sense of family. She soon learns what family really means.

Book two in the Faith Flores mystery series. Code Red has just about everything you would want in a novel of this Genre.Billed as a Young Adult novel it is very well written with deep characters. With something very mysterious  going on within her lab research thus the “MYSTERY” she gets herself involved in something maybe she should not get into. This is one thing that keeps the pages turning. But the real story I think is her new found friends and family that she soon learns to care so much about. How she struggles with the thought that she may not “Belong” with them and how everyone becomes attached to her and of course her to them.

What else is quite impressive is the scientific research the author Janie Chodosh must have done to create this story. It’s easy to tell the lab stuff is well researched. Also the depth of the characters is well done. Each one has a distinct personality with each having special talents whether its cooking, Music or just plain inquisitive investigating skills. I hope there is a book three coming because I’d like to follow these characters a little more.

After nailing the murderer of her addict mom and proving that her detractors are full of it, seventeen-year-old Faith Flores is back for another kick-ass science mystery.

She’s proud to be chosen for a summer internship at a research lab in Santa Fe, New Mexico, but once she arrives, complications abound. For one thing, Santa Fe is the birthplace of the father she’s never met, and for another, she clashes with a local environmentalist trying to pull the plug on the genetically modified chiles her new boss is engineering.

She and violin prodigy, Clem, learn of a new teen drug called liquid gold while discreetly researching the family angle. The chip on Faith’s shoulder is still there, but so is her determination to uncover the truth when a girl she meets at a party dies from an overdose of liquid gold.

About the Author Janie Chodosh

As an undergraduate at the University of Michigan, Janie majored in “all things interesting,” a list which included courses in biology, ecology, natural

resources management, creative writing, and poetry. After college she moved to Yosemite National Park where she worked as a naturalist and educator and learned to rock climb, back country ski, and entertain herself with nothing more than a field guide, a trail, and a pair of binoculars. Later, as a graduate student in the University of Montana’s environmental studies program, the list of “all things interesting” expanded to include Spanish and environmental education. For her thesis, Janie traveled to a rural community on the coast of Oaxaca, Mexico to develop an environmental education program focusing on neo-tropical migratory songbirds (a fancy title for birds that breed in the north and winter south of the border). At age thirty, she moved to Santa Fe, New Mexico to work as the education director for the state Audubon Society and later as a teacher.

For more on Janie and her work visit www.janiechodosh.com

and check out our interview with Janie http://www.bookroomreviews.com/code-red/

The ORPHAN of TORUNDI by J. L. McCreedy a book Review