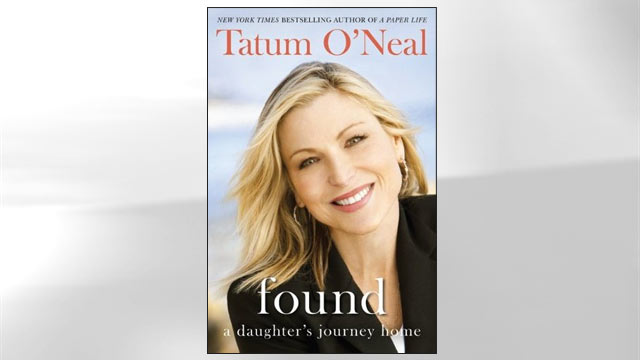 Seeing Tatum O’Neal as a child star in the film Paper Moon, one would never guess that “under the care of a mother who, in spite of her big heart, was utterly lost to drugs and her own tragedy, my younger brother Griffin and I were left to survive as best we could, living in a run-down ranch in Reseda, California, as little barefoot street urchins whose daily activities included starting fires, playing with knives, and jumping off rooftops. My mother had bought the ranch with the misguided notion that she would save young kids, but it became an unsafe place, harboring teenage runaways and juvenile delinquents. There were drugs and there was criminal activity. My mother had a sixteen-year-old boyfriend, who beat us with switches cut from the fig tree. We were locked in the garage for so long that we ate dog food to quell our hunger. We were unsupervised and wild. My father, Ryan O’Neal, the star of Love Story, that golden boy from the big screen, swept in, rescued me, put me in the movie Paper Moon, and I was saved.” But then “my relief and happiness were short-lived. When I was fifteen and so sadly awkward, Ryan fell in love with beauty Farrah Fawcett and moved to her home in Beverly Hills, leaving me and Griffin alone in his Malibu house to figure out why we had been abandoned by the parent who was supposed to be our savior.”

Before this, heroin had made Tatum “feel like I was meant to be alive” and “the only way I had found to feel inner peace.” She had tried suicide three times without success, and suffered terrible neck pain that radiated to her fingertips from a car accident in 1976 (for which she had three surgeries). She also had a tendency to isolate herself, not having grown up in a structured family or school environment. Eventually she tried to make amends with her father, who was angered by her disclosures about their private family life in her first book, A Paper Life, written in 2004. In 2009, after Farrah’s death on June 25th, life afforded Tatum that opportunity.

When Tatum went to meet her father for lunch (and brought along her son Sam), “He gave me a huge beautiful smile and opened his big arms. It was just amazing to see him. He looked so handsome and seemed so well. I ran over, wrapped my arms around him and hugged him for a long time. I smelled the cologne he’s worn since I was a little girl, and my heart just felt like it took a different type of beat – one it hadn’t taken in some twenty-five years. I felt like I was home. I was whole. It was a dream come true.” Later Tatum and her father begin a reality show together about their reconciliation and “a woman’s struggle to find what’s left of her family” that was sold to OWN, Oprah’s cable network. Meanwhile Tatum continues to work the 12-step program at AA, where she hears the stories of others and “day by day, I see the common threads of damage, pain, survival and hope that weave through them all. Every one of us has found a way to live without the dread and self-loathing that are the biggest challenge to recovery” as “The support group promises to love you until you can love yourself.” Tatum likes to start the day “by plugging into the bigger purpose of life at a meeting.”

The reality TV series, Tatum And Ryan: The O’Neals, begins filming on November 5, Tatum’s birthday. But Tatum remembers her divorce from tennis star John McEnroe, who fought her for the custody of her children, and in the period after the divorce she was in and out of drug rehabilitation and regretted the time lost that could have been spent with her children, her “shining stars.” She writes, “I can’t change what’s done.

I can’t go back and reclaim the time we lost. All I can do is take solace in knowing that I didn’t lose my children forever. They understand that I never stopped fighting to get clean and sober, for myself and for them……I grieve over the lost moments, hours, days. I cry for them. One day I will get to the point where I forgive myself for being a junkie, but I’m not there yet.”

This is the story of a brave and honest woman struggling to survive childhood molestation (by a friend of her father’s), neglect, and abuse who often blames herself and knows that “My addiction has the best intentions. It wants to protect me from feelings I can’t deal with. Instead, I can be subdued. But addiction is just another molester in disguise.” Tatum O’Neal is also a woman who has to make certain people aren’t befriending her because of her celebrity, a woman whose father says he was forced to choose between her and Farrah Fawcett. Although these are challenges many of us will never understand, we can identify easily with Tatum’s humanity and wishes for a family, told in a forthright voice that discloses all because “There is shame in mistakes, but there is greater pride in honesty.” An unusual memoir and an account of the star’s present-day life that just about everyone will find compelling, and as Tatum says, it’s “a story of imperfection and strife. It is not perfect, but it is real and true.” 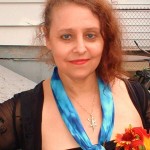 The Waiting Room by Alysha Kaye

The Happy Mind A Simple Guide to Living a Happier Life