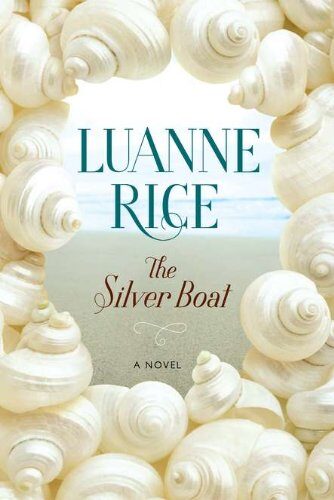 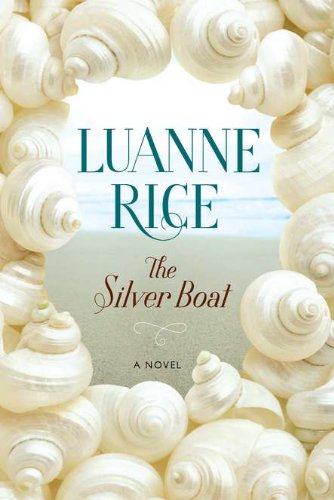 The Silver Boat: A Novel

In every family the bond between sisters is different, but in an idealized world, sisters accept each other’s differences and help each other grow. The Silver Boat tells us bout three sisters, Dar, Delia and Rory, who return to Martha’s Vineyard to revisit their summer beach house (called Daggett’s Way), which they now have to sell since their mother’s death. Daggett’s Way is a place where they’ve been happy together; and Dar, the eldest sister and a children’s book illustrator and author, still lives nearby; Delia, the middle child, is raising her grandchild Vanessa after her son has gone to Alaska; and Rory,

the youngest, is struggling with her husband’s infidelities and the break-up of their marriage.

Dar illustrates books about Dulse, “a girl whose father disappeared from her life,” just as Dar herself was also abandoned when, as a child, her father left for Ireland (on a boat that he built and named after her) and never returned. “He sailed across the Atlantic, called once when he made it to Ireland, and then never came home again.” Later, when Dar travels to Kantuck, Ireland, with her sisters, “The road just outside town tunneled through thick and ancient over-arching beech trees, both lovely and menacing. There was a ruined castle dominating the hill with sorrowful beauty,” just like something she’d write about and illustrate. Dar (officially Darah), has a boyfriend, Andy, and a friend, Harrison, and so far has never felt compelled to get married.

Delia worries about her son, Peter, who was a drug addict and now claims to have stopped using (far away in Alaska), although she isn’t so sure that he has. Her husband Jim is a rock of stability for her life, and she believes that her mother is in heaven “looking over us all the time, like a guardian angel.” But Rory has a life of problems. After falling in love with Jonathan, who cheated on her, she became involved with Alex, a Brazilian fisherman, and had a child with him, Sylvia. But Rory still loved Jonathan and married him, and Jonathan opened up an art gallery and said he’d settle down and be content. Obadiah and Jenny were born, and Jonathan’s cheating began again, to the point where Rory began checking his emails and learned that he’d fallen in love with a younger woman, Alys.

Three women with three different lives, even though they have familial ties: but then they join together to learn more about their father and travel to Ireland to find out, in a trip that changes all of their lives and where they find out more about their father than they could ever have imagined.
And in this endeavor each sister helps the other, each putting aside differences and joining together to try to protect all of them and their past.

Luanne Rice’s writing style is fluid, poetic, and easy to read as we are pulled into the lives of unusual characters who, just like the rest of us, have their strengths and their weaknesses. Amidst everything all of the three sisters continue to love their summer home where “We’d come here and be blue collar girls in a silver spoon world.” The Silver Boat is about uncovering familial secrets that lift us from our everday lives and inspire us to live at a higher level, as Luanne Rice is a great and powerful storyteller. She is also the author of 29 novels, 22 of which have been consecutive New York Times bestsellers.

Something Stinks! by Gail Hedrick — A Book Review

So Long as We’re Together by Glenda Burgess